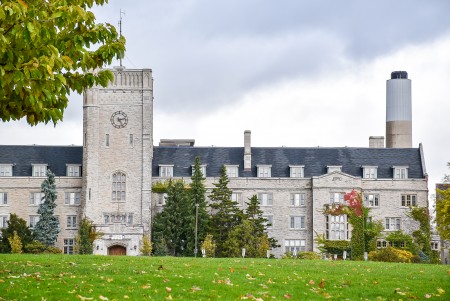 The University of Guelph’s Board of Governors today approved the 2016-2017 budget plan including the general operating budget.

The general operating budget is the largest component of the University’s $725 million in revenue, accounting for $420 million.

The budget includes $4 million earmarked for new student assistance programs and about $20 million in new available revenues, resulting mostly from higher-than-expected enrolments in the previous fiscal year. Overall the budget is set to be balanced for 2016-2017.

“I am delighted to report that the University is in a sound financial position,” said president Franco Vaccarino.

Provost Charlotte Yates, who presented the budget to the Board, added: “This is the result of cost controls implemented over the past several years and the continued strong student demand for a U of G education. It speaks to the quality and excellence of our academic programs, staff and faculty.”

Yates added the budget will allow the University to invest in high-priority areas, such as student aid, a competitive compensation structure and core campus infrastructure including informal learning spaces for students, buildings, health and safety, and information technology.

As well, year three of the multi-year plan (MYP) budget targets will be cancelled.

Salaries and benefits for faculty and staff account for 70 per cent of expenses in the operating budget. The budget also covers utilities and capital infrastructure, capital debt repayments, and funding for critical investments, academic programs and administrative support services.

On the revenue side, grants and tuition make up about 85 per cent of the operating budget’s income base.

Enrolment budget targets for 2016-2017 were increased to match numbers achieved in the previous year: 19,500 full-time undergraduate and 2,300 full-time graduate students.

As allowed under the provincial tuition framework, tuition at U of G will increase by 2.9 per cent for most entering and continuing undergraduate domestic students, with students in professional programs paying 3.35 per cent more.

Most of the $4.5 million in revenue from tuition increases will go directly to assistance programs for undergraduate and graduate students. “We feel this is a progressive approach and makes U of G accessible and attractive to a wide range of students, which is important in an increasingly competitive market,” Yates said.

On the capital side, investments in the 2016-2017 operating budget include $10 million for new learning and teaching facilities at the Ontario Veterinary College to supplement a $23-million provincial grant; $27 million in capital renewal programs for the main campus and student housing; and $8 million for renovations to the library and student gathering spaces in the University Centre.

The Board of Governors also received an update on the University’s pension plans. While these plans continue to present a major fiscal risk for the University, temporary legislation provides some short-term relief, Yates said. Discussions are under way at the provincial level to seek sustainable solutions to pension plans, as many universities are facing the same challenges, she added. “In the meantime, we will continue to fulfil our obligations to all plan members,” she said.