Valerie Lamenta, the goaltender for the University of Guelph’s women’s hockey team, was  named the Canadian Interuni 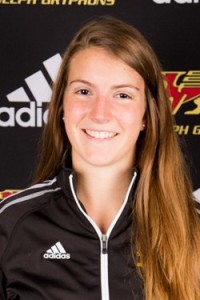 She is the first Gryphon in history to win the Brodrick Trophy and only the third goalie to receive the honour since the sport made its CIS debut in the 1997-98 season.

“Valerie has become a leader for us both on the ice and in the classroom,” said Guelph head coach Rachel Flanagan.

“Not only has she established herself as our No. 1, but also as one of the top goalies in the entire CIS. She is talented, competitive and, above all else, extremely humble. We’re so proud of her for this accomplishment.”

Lamenta, a second-year mechanical engineering student, is credited for helping the Gryphons win the Ontario University Athletics championships last week and top the national rankings for the first time in program history.

The women’s hockey team is in Calgary today to compete in the national championships. 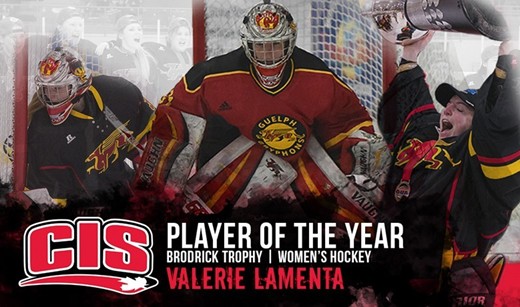