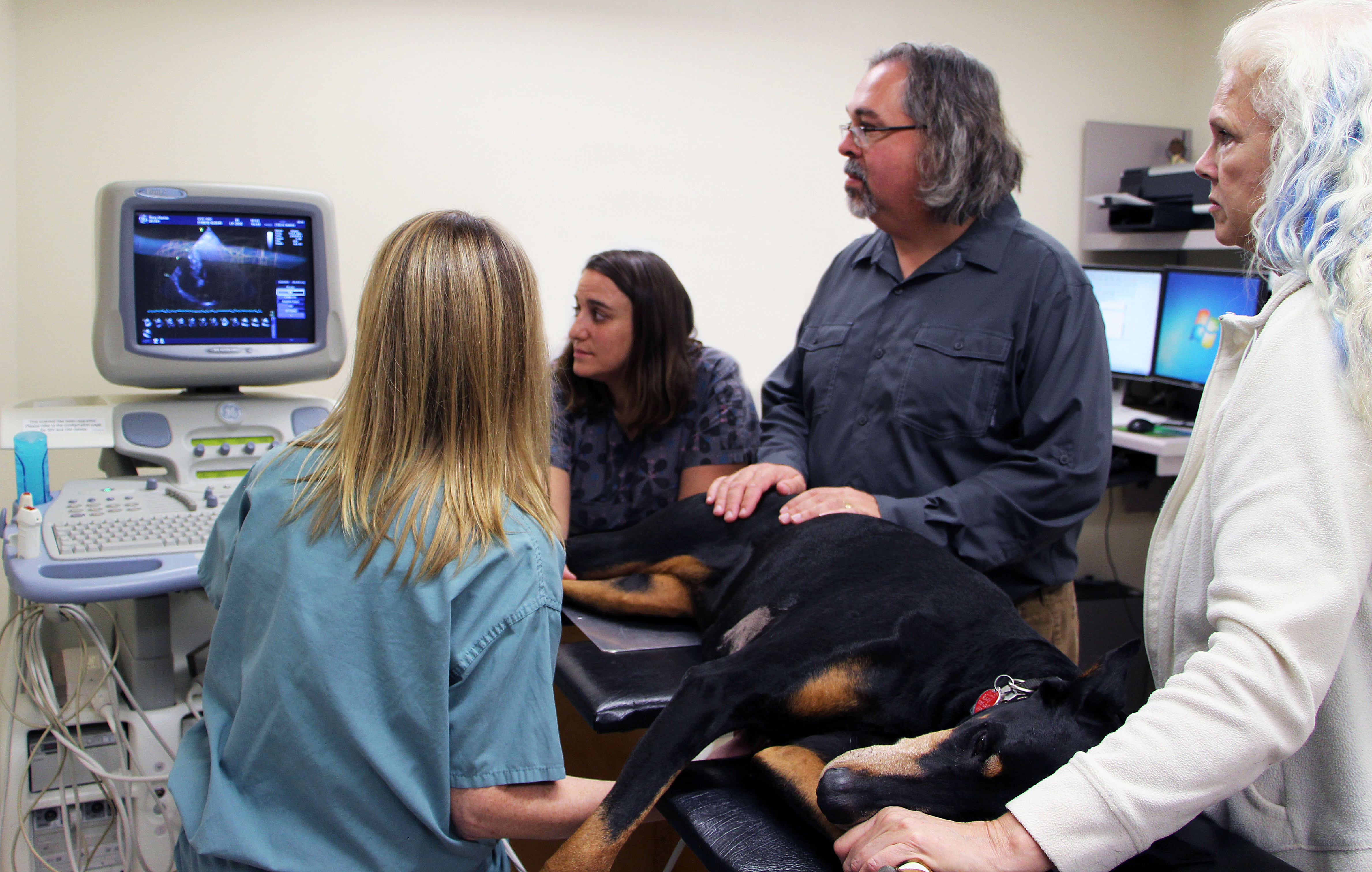 A novel therapy tested by University of Guelph scientists for treating a fatal heart disorder in dogs might ultimately help in diagnosing and treating heart disease in humans.

The groundbreaking study was published this month in the American Journal of Physiology.

“The cardiovascular systems of dogs and people are very similar,” said Pyle, a professor in OVC’s Department of Biomedical Sciences and a member of U of G’s Centre for Cardiovascular Investigations.

“It allows us do comparative investigations that can advance understanding of this fatal condition.”

In both dogs and people with DCM, the weakened heart muscle becomes unable to pump blood around the body. The cause of the problem is often unknown, although it’s common to involve genetics.

Researchers suspect malfunctioning muscle proteins cause the heart to weaken, allowing it to dilate like an overfilled balloon.

DCM is the second leading cause of heart failure in dogs, and it’s especially common in large breeds. Dogs typically show no symptoms until the disease is well-advanced.

The condition is often inherited; up to 60 per cent of Doberman Pinschers are affected during their lifetime.  Other breeds such as Irish wolfhounds and Great Danes also have high rates.

In people, 30 to 50 per cent of DCM cases are hereditary.

Aging populations worldwide are likely to cause dramatic increases in the rate of heart failure in the upcoming decades, Pyle said.

“The cause of a substantial percentage of DCM cases remains unknown,” he said.  “This is why it’s urgent to develop novel agents that can improve heart function.”

For the study, Pyle and O’Sullivan, a clinical cardiologist in OVC’s Health Sciences Centre, worked with researchers at the University of Washington to test a novel therapy in diseased heart cells.

The therapy involves introducing a molecule involved in muscle contraction. In heart cells from dogs with DCM, it restored normal function. The next step is developing a gene therapy that would allow the molecule to be produced in heart muscle cells in patients with DCM.

“This suggests it’s a promising therapeutic approach worth further investigating for the treatment of DCM,” said O’Sullivan. One of 10 board-certified veterinary cardiologists in Canada, she runs OVC’s Doberman DCM screening program.

The researchers also discovered some problems in the heart muscle that likely contribute to DCM.  “This may shed light on the mechanical impairment in failing hearts,” Pyle said.

The Guelph scientists are also working with researchers in Finland on DCM genetics and proteins. That work might lead to development of therapies for targeting specific proteins, said Pyle.

Both researchers belong to U of G’s Centre for Cardiovascular Investigations, one of a few centres worldwide studying heart disease from single molecules to clinical applications.