More than 750 sorcerers visited campus earlier this month for the first-ever “School of Witchcraft and Wizardry” held at the University of Guelph.

Hosted by U of G students involved in Let’s Talk Science (LTS), the event for children and youth was intended to showcase how “magic” can be achieved with a little help from science. 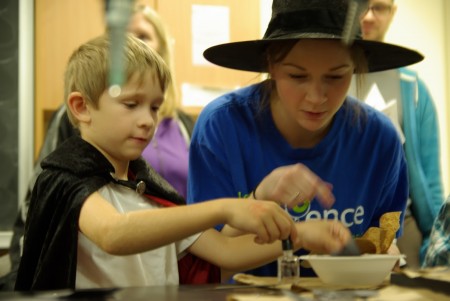 The school held in the Summerlee Science Complex attracted participants from as far as Ottawa, Owen Sound and even Massachusetts. It was featured in a CTV news report.

“We received excellent feedback from members of the University as well as parents,” said Alexandra Swirski, a master’s student and LTS co-ordinator.

“It was a massive success, and will become an annual event.”

More than a dozen Harry Potter-themed science activities and short presentations covered everything from magical plants and balloons to explosive demonstrations – and even the ritualistic hat “sorting.”

Organizers aimed to engage kids in science, technology, engineering and math. More than 35 U of G students volunteered.

Started in 2008 with five volunteers, the U of G program has doubled its number of volunteers in the past year alone to 150 students. Nearly 80 per cent of volunteers are graduate students; the rest are senior undergraduates and professors.

“Let’s Talk Science has been doing great work on our campus. It’s one of our best-kept secrets in facilitating engagement with the local public,” said Prof. Nina Jones, outreach committee chair for the Department of Molecular and Cellular Biology, which recently partnered with Let’s Talk Science.

“We are very impressed with the activities they are conducting, which range from demonstrations in student classrooms to bringing students on campus for special events.” 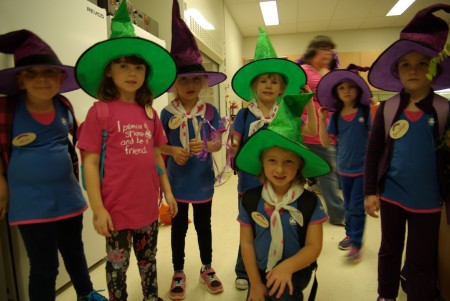