The University of Guelph’s Board of Governors has appointed alumnus Malcolm Campbell as its new vice-president (research) for a five-year term, effective June 1. The announcement was made today by president Franco Vaccarino, who chaired the search committee. 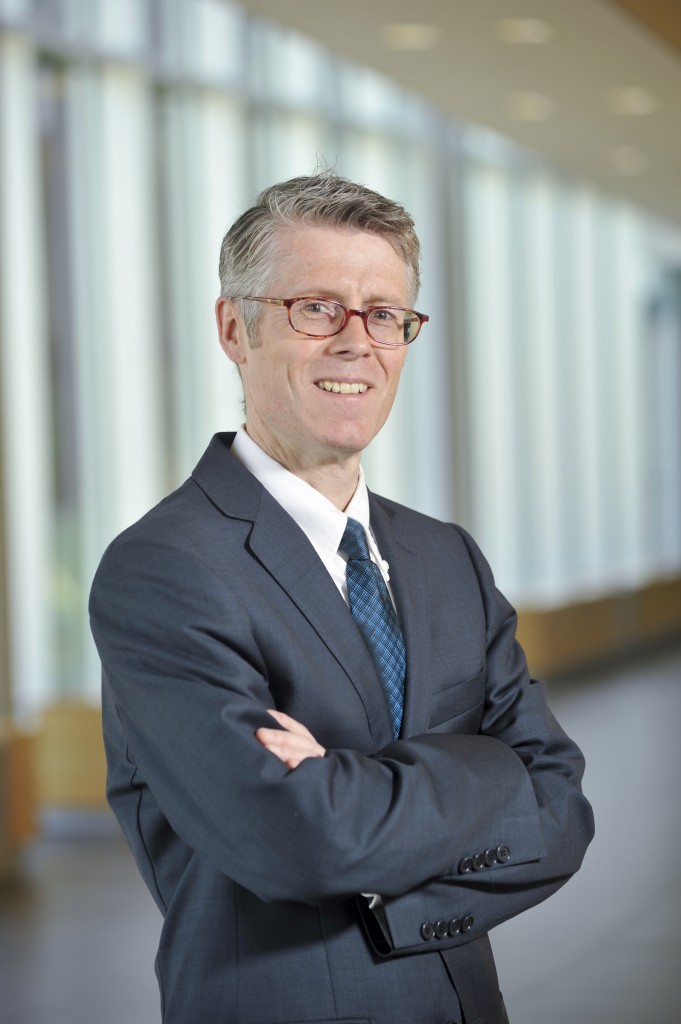 “The search committee was very impressed with his dedication and skill in administration, teaching and research,” said Vaccarino.

“To bring a Guelph alumnus who has achieved so much around the world back to Guelph is an honour for us.

“Malcolm is a recognized top international scholar with a vast network of contacts in industry, government and academia, which will assist us as we look to expand our potential.”

Campbell’s own research focuses on genome biology. As vice-principal research, he helped build and strengthen the research platform at UTSC during a period of development.

Campbell said he is excited to work with students, faculty and staff at U of G.

“I have long been impressed with the research at U of G, and it is an honour to return to Guelph, where I made tremendous memories. You never stop being a Gryphon,” said Campbell, who grew up in Cambridge, Ont.

“The University of Guelph’s dedication to pursuing and facilitating research that can improve the quality of life for all sectors of the world’s population weighed strongly in my decision to return to Guelph.”

Campbell earned both his bachelor’s degree in genetics and his PhD in biochemistry from U of G. He conducted research in France and the United States before holding a tenured faculty position at the University of Oxford from 1996 to 2004.

Prof. John Livernois will continue to serve as interim vice-president (research) until June 1.