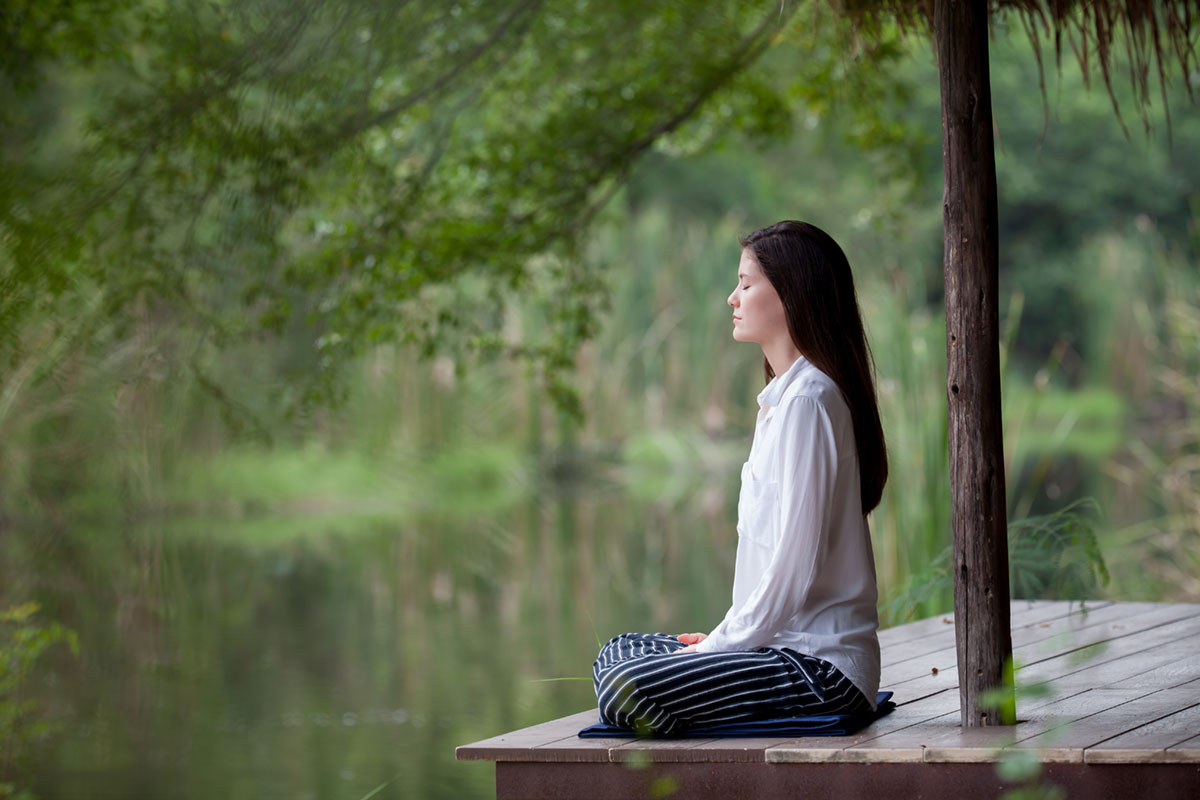 When University of Guelph-Humber kinesiology professor Leslie Auger feels a bit stressed, she practises a form of meditation called mindfulness. “It just takes a couple of minutes,” she says, “and there is a noticeable calming effect that really helps me.”

Now she has a new reason to keep using her meditative technique: it may protect her brain.

Auger, along with Guelph-Humber graduate Nicole Last, has found evidence that meditation might protect the grey matter in the brain, which tends to decrease as people age, especially in those with neurodegenerative diseases such as Alzheimer’s and Parkinson’s. This part of the brain includes the cells that help with memory, speech and emotions, among other functions.

Last chose a literature review as her fourth-year research project. Working with Auger and former Guelph-Humber librarian Emily Tufts, she selected articles that used magnetic resonance imaging to assess any changes in grey matter in the brains of adults after meditation.

“We were surprised by the lack of research on meditation for people who have diseases such as Alzheimer’s,” says Auger, whose previous research explored the effect of mindfulness in cardiac rehabilitation. “Most of the studies were on healthy people.”

Auger and Last came up with 13 studies that met their criteria; two of those focused on those with neurodegenerative diseases. The studies showed that meditation — any approach seemed to work — was effective in increasing the amount of grey matter in the brain. “And there were no negative effects,” says Auger.

This could be helpful to patients with neurodegenerative diseases. However, teaching adults with dementia a new skill such as meditation can be difficult. Auger says a better option might be to teach meditation approaches to younger adults, which may prevent or delay the disease. And if the person does develop Alzheimer’s disease, for example, he or she will already know how to use the meditation techniques.

After Last completed the literature review for her class, she and Auger were able to continue work on the analysis. Their paper was published in The Journal of Alzheimer’s Disease earlier this year.

Auger says having strategies such as meditation to prevent or mitigate these conditions is increasingly important. More than 16 per cent of Canadians are now over 65, and the number is growing faster than for any other age group. While living longer is good news, one of the downsides is that the various forms of dementia will become increasingly common as the population ages.

Auger is also an adjunct professor at the University of Guelph’s College of Biological Science. Her current research involves people with a cancer diagnosis at Princess Margaret hospital in Toronto, and focuses on health-promoting changes, including exercise, diet and meditation as a form of stress management.

Meditation is gaining in popularity and is one of the easier interventions to use. “You can choose the form of meditation that works for you, it doesn’t cost anything and some approaches don’t take a lot of time,” she says.