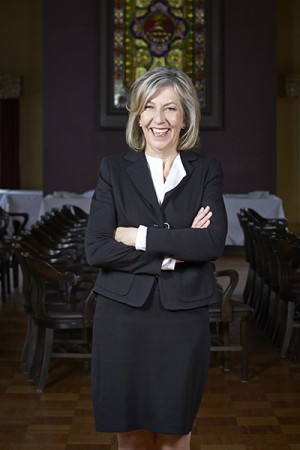 Canada — and just about every other country in the world — still has a distance to go in advancing the status of women. That is what Charlotte Yates, provost and vice-president (academic), at the University of Guelph, hopes people will remember on International Women’s Day March 8.

“It’s a day to recognize and celebrate women’s achievements and the advances we’ve made,” said Yates, who will launch a new initiative to further promote equity at U of G.

She pointed to a federal Canadian cabinet with equal numbers of men and women, and a Prime Minister and Ontario Premier who are leading efforts to improve the role of women in society.

“But it’s also a time to acknowledge the hurdles that remain to gender parity.”

Women are still underrepresented in everything from corporate and public leadership to universities to science labs to global decision-making bodies. And they continue to be paid less on average than men, Yates said.

Under U of G’s new equity initiative, women faculty, staff and students will be involved in mapping out an action plan, along with the goals and strategies for achieving it.

“We want to advance the status of all women on campus, particularly in leadership roles,” Yates said.

“While doing so, we’ll trigger a cultural change throughout the University.”

A new advisory committee will hold campus-wide discussions to identify challenges, including systemic equity barriers, and opportunities for change.

Yates will unveil details of the plan later this month during an event involving women from across campus and female government leaders.

Data will be collected and analyzed in areas including women’s representation on University committees, gender balance of student scholarships, leadership mobility and staff employment issues.

“This is a time for change and celebration of University of Guelph’s excellence,” Yates said.

“Through this strategy, we can accelerate women’s equity and unlock tremendous energy and potential to advance U of G’s place on the world stage.”