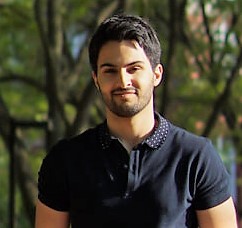 René S. Shahmohamadloo, a Ph.D candidate in aquatic toxicology in U of G’s School of Environmental Sciences, penned a commentary for Science magazine in which he discussed mentorship in science.

Shahmohamadloo wrote that he’s learned to refrain from intervening when watching his students making mistakes by forgetting his instructions or using instruments incorrectly. Instead, he’s found when students identify their mistakes themselves, they learn from them.

“Letting the students find their own way gave them room to grow as scientists. And in the process, I also grew as a mentor,” he writes.