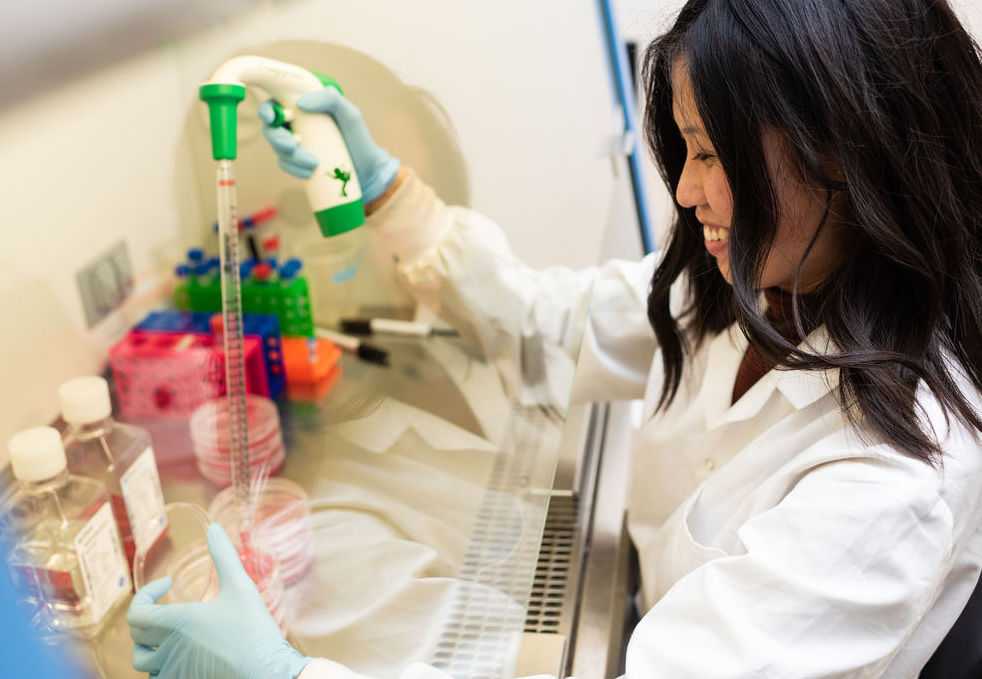 For U of G PhD student Anita Luu, encouraging young students to fall in love with science has long been a passion.

For more than five years, Luu has volunteered for Let’s Talk Science, a not-for-profit national organization that sends university students into elementary and high school classrooms and community events to show them first-hand why science is both important and fun.

Last year, she led the first Women and Girls in STEM on-campus event through Let’s Talk Science to highlight the role of women in science, technology, engineering and mathematics. As the group’s special events coordinator at U of G, she organized the second event this year, held Feb. 8.

The event was designed to coincide with the International Day of Women and Girls in Science, designated by the United Nations in 2015 to draw attention to the many women and girls leading innovation and change in science, and to call for change to remove the barriers that hold women back from these fields.

According to UNESCO (the United Nations Educational, Scientific and Cultural Organization), only about 30 per cent of girls worldwide choose to study science, technology or math in university. Women’s enrolment is particularly low in IT, at just 3 per cent, while only 5 per cent of those in mathematics and statistics are women, and only 8 per cent of those in engineering, manufacturing and construction.

Luu hopes events like the one she helped organize will help change that.

Under the theme of “Explore STEM,” this year’s event invited members of the community to find out what makes science so fascinating. U of G faculty and student volunteers led multiple hands-on workshops in science fields including biology, physics, technology and chemistry to show elementary and high school kids how science can solve real-world problems. 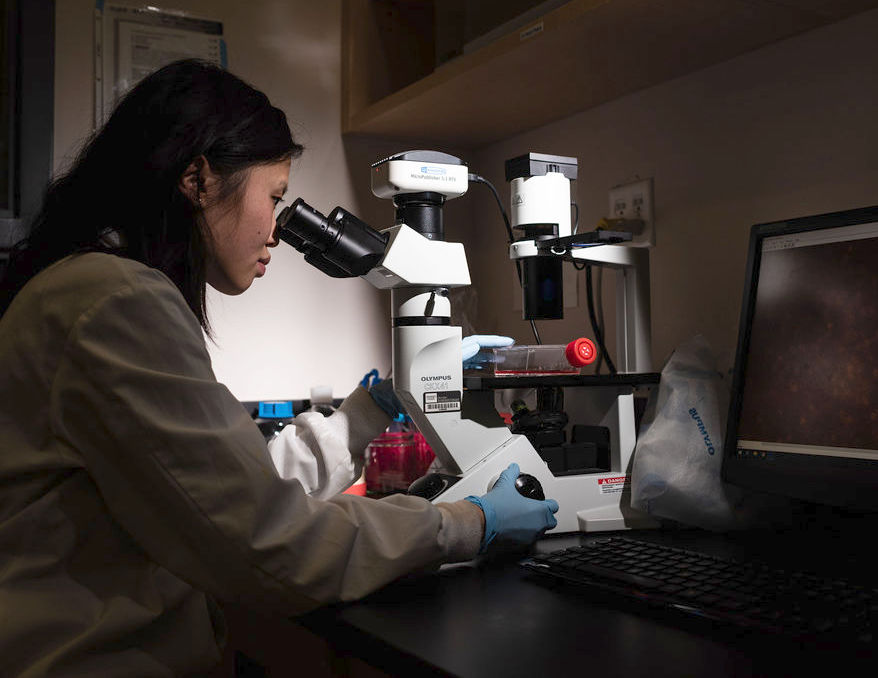 Groups looked at ways to prevent antimicrobial resistance, how to predict the size of an emerging pandemic and how to know when food has spoiled. More than 200 people attended – more than twice as many as last year – a success that Luu hopes will continue.

Luu became passionate about science outreach because she didn’t always do well in science. While she’s always been fascinated by biology, she gave up on physics early on and struggled somewhat with chemistry.

“My grades in high school chemistry weren’t the best. They were ok but I wasn’t getting 90s. But I worked hard and here I am now, doing a PhD in cancer biology,” she said.

As a researcher at U of G’s Ontario Veterinary College, Luu investigates potential new treatments to prevent bone cancer in dogs from spreading to their lungs. It’s work that may lead to new treatments for humans.

While Luu loves what she does, she worries that many students — particularly girls — find science intimidating because it’s not always easy.

“One thing I want youth to know is that it’s okay to find science hard. No one ever told me that when I was younger, but it’s okay to find it challenging.  It doesn’t mean you can’t do it. I think success is less about smarts and more about perseverance and resiliency. The ones who succeed keep working to find new ways to approach a problem.”

What makes events like these important, Luu said, is that they not only showcase what can be done with science but also show youth that science can be fun — and even with failure, you’re learning something.

“Science is something that belongs to all of us and everyone should be able to engage with. I want kids — and girls especially — to know that science can be fun and fascinating if it’s explained the right way. This is a great way for us to show what science can do.”