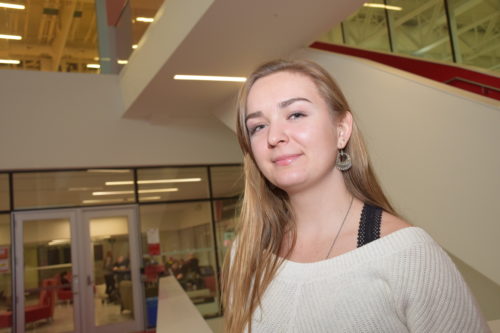 Zoë Buratynsky grew up a seafarer. Circling the globe in a sailboat, she snorkelled above coral reefs, hiked up mountains and immersed herself in the cultures of the world – all while becoming an expert sailor and navigator.

“My childhood was spent exploring the world,” said Buratynsky, now a second-year sociology student at the University of Guelph. “There were always new perspectives pushing us to expand our minds.”

From age 10 to 17, Buratynsky covered 35,000 nautical miles in a 47-foot (14-metre) craft with her parents, Cornelia and Michael, and two younger siblings, Maïa and Liam. Their seven-year, round-the-world journey saw them cross three oceans and pull into port in 35 countries.

“My parents are big travellers and backpackers, and both of them had lived in numerous countries,” said Buratynsky, who lived, learned, played and worked on the boat “Gromit.”

“It was a dream of theirs to sail around the world. And they thought we would benefit from exposure to different cultures and unique experiences.” 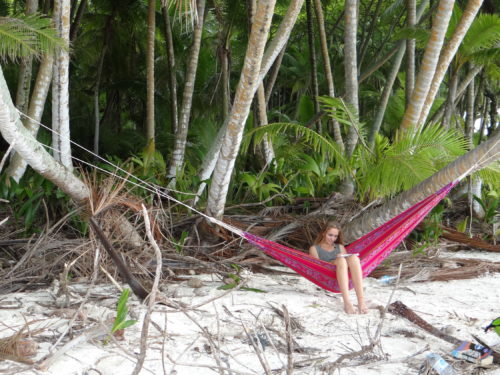 Zoe reclines on a hammock and reads.

Life at sea was both incredibly enlightening and very difficult, she said.  The young woman grew up in the tiny Ontario community of Loretto, not far from Orangeville – all rolling hills and forests about an hour north of Lake Ontario, where the sailing journey began.

“The experience wasn’t all butterflies and rainbows, but I am so appreciative of what my parents have given me,” she said. “I learned how to work really hard and how to take advantage of the best moments, because it would be gone tomorrow. We got to sample a little bit of everything the world had to offer. I wouldn’t change it for anything.”

The ocean was, at times, intensely monotonous, she said.

“Out on the ocean there is nothing but grey sky and grey water or blue sky and blue water, the same thing every single day,” she said. “I would ask my dad, ‘How many days have we been out here now?’ You would just lose track of time. And it wasn’t always comfortable being at sea. Sometimes it would be so rough you’d get thrown from your bed.”

As harrowing as traversing the world could be, Buratynsky said she always had complete trust in her parents’ sailing ability. They were role models who taught their children to be fearless toward the unknown. 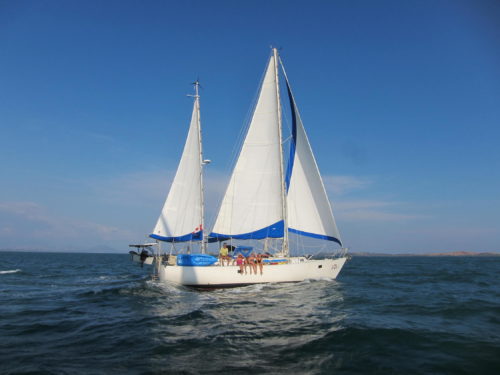 “When I think back on it, I think, ‘Wow, we were in the middle of nowhere sometimes with potential threats that they couldn’t have done anything about.’ And they always got us through.”

The seven-year journey consisted of a series of passages of varying distances and durations. The family spent 11 months in French Polynesia, where the children were enrolled in a French school. Other stopovers lasted as little as two days.

Buratynsky had her favourite places. The colours, flavours and vibrancy of India, she said, were overwhelming. Indonesia was completely different from any place she’d ever seen, naturally beautiful and at the same time teeming with people. In Madagascar, she marvelled at the expert sailors who fished for their livelihood from morning to night, in boats propelled entirely by the wind and ingenuity.

She learned about our world and its diverse peoples, gained fluency in several languages, understood what it felt like to be an outsider, became intimate with cycles of nature, and experienced the dangers and responsibilities of life on the sea. She learned patience from the absence of wind, filling monotony with reading. And she learned to recognize and deeply appreciate the smell of land, as it cut through the salty scent of sea air.

Buratynksy said her extraordinary experience prepared her for a lifetime of curiosity and learning, and an openness to all cultures. 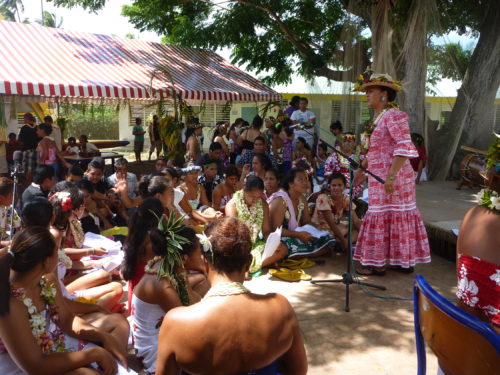 A classroom in French Polynesia

After sailing the world, the family returned to Loretto. Buratynsky finished her final year of high school in nearby Alliston. The University of Guelph was close to home and she was attracted by its beautiful campus and world-embracing culture.

“It’s been an adjustment learning how to sit still,” she said. “On the boat we would be doing something different every week. Experiences were changing all the time, and we would always be meeting so many new people.”

The allure of the adventuresome life is ever-present. After graduation, she sees herself being part of the crew on a large vessel sailing the Mediterranean Sea. After that, she imagines crossing the Atlantic, like she did as a child.

“My experience sailing around the world taught me that there is nothing holding me back. It gave me the urge to keep exploring and striving forward.”