Two Canadian law firms have filed a $1.1-billion class-action lawsuit on behalf of former patients who allege that they were mistreated and abused in government-run “Indian hospitals.” The lawsuit states that the segregated facilities operated in Canada for nearly 40 years.

U of G political science professor David MacDonald says while the lawsuit is an unfolding story, the alleged abuses and the psychological and physical legacies are consistent with injustices committed against Indigenous peoples in Canada.

An expert on residential schools and Indigenous politics in Canada, MacDonald was involved in Canada’s Truth and Reconciliation Commission. 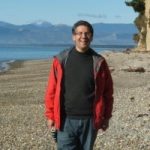