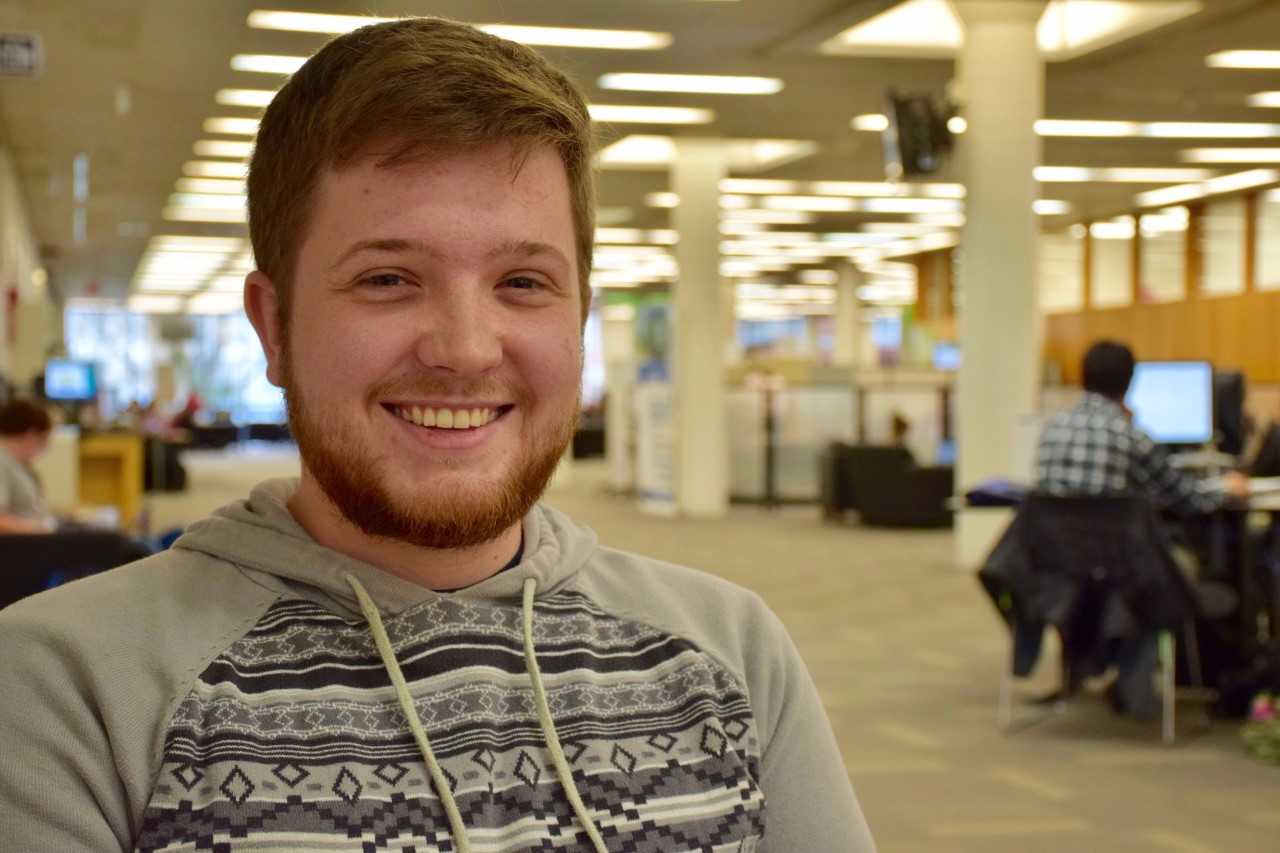 Listening to familiar music offers therapeutic benefits for people with dementia, but operating devices that play music can be challenging for them.

“Independent access to music for people with dementia is hard, because with something like a record or CD player, they slowly lose the ability to use it,” says Seymour.

The fifth-year computer science student was part of a team that designed and built AMI (Adaptable Music Interface). The device, which works with a tablet computer, could soon be a therapeutic consumer product.

Seymour built and programmed AMI, and recently was the lead author of an academic research note about the design, configurations and functionality of the interface.

AMI, he explained, is a physical interface, or dock, for controlling music playback on an iPad. Someone, usually a caregiver, puts the music onto an iPad through iTunes. AMI controls the playing, something like a remote controller. There are many different ways to configure AMI, depending on the cognitive and physical capabilities of the user.

“Someone restricted from using a device that has knobs for inputs, because they can’t grasp the knob and turn it, can now swap the knobs for more accessible volume,” he said. “Someone who is overwhelmed by too many inputs can remove ones they don’t want to use for a simpler system that they can use.”

Seymour said he is interested in all aspects of computer science. He focuses on how to best incorporate coding and design into people’s lives for a meaningful, useful purpose.

“Coding is definitely my thing, and I have a personal interest in dementia,” he said.

Both of Seymour’s grandmothers had the condition at roughly the same time. With them in mind, Seymour dreamt up interactive designs specifically involving the saving of memories and making them more accessible to those with dementia.

He then became part of the AMI team, focusing on music.

“Something that we knew anecdotally for a while, and that research has been backing up for 30 years or so, is that music and music therapy is really useful for people with dementia,” he says.

For example, people with the condition are often affected by a heightened sense of anxiety. Songs with a connection to the person’s life have a calming effect.

The AMI team explored a number of design concepts, and what emerged was a docking station for an iPad – an interface for a digital music player.

“What we ended up building was a device that could be reconfigured, depending on the needs of the person using it,” Seymour adds. “We built two full prototypes, with a bunch of plug-and-play components on them.”

Seymour worked on the project with the Toronto firms Autodesk Research and LifeMusic System. AMI is now in the hands of a start-up company that is planning production.

“It was a neat technical challenge,” he says. “And I got to play with these big, fancy 3-D printers. I was thrown into that environment and had to figure out how 3-D modelling and 3-D printing works, and how wiring and soldering electronics together works.”

Seymour started programming at age 13 after his parents bought him a how-to-code magazine and CD. “I started tinkering with it. It’s definitely my thing. I like the challenge of it. In theory, it all fits together and works automatically.”