Why do men kill women? Tracking cases of femicide to understand its causes and consequences is the goal of a new University of Guelph project that will be the first of its kind in Canada.

Although local agencies and organizations have long monitored these crimes, Canada has lacked a system for monitoring femicide rates and responses across the country, says U of G sociology professor Myrna Dawson.

The new Canadian Femicide Observatory for Justice and Accountability is an initiative of U of G’s Centre for the Study of Social and Legal Responses to Violence, headed by Dawson.

This new project was recently featured in the Globe and Mail and the CBC.

Dawson said the observatory’s creation follows a call for action from the UN’s Human Rights Office of the High Commissioner Special Rapporteur on violence against women. 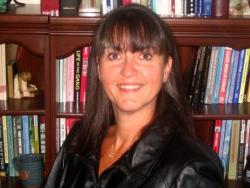 The project was unveiled today to coincide with the 16 Days of Activism Against Gender-Based Violence beginning Nov. 25, which is the UN’s International Day for Elimination of Violence Against Women. The UN has named femicide as the most significant form of violence against women worldwide.

On average, one woman or girl is killed every other day in Canada, Dawson said, adding that entrenched attitudes, beliefs and stereotypes underpin violence against women and girls and its consequences.

“Worldwide, there are discussions about the impunity of those who perpetuate these crimes,” Dawson said. “But, with the exception of a few countries, we have little to no information on exactly what happens and this is largely the case in Canada.”

Besides tracking femicide cases, the observatory will mobilize and share research, and analyze media reports and court cases to gauge societal messages and norms about femicide.

“It is known that social and criminal justice responses vary for some victims or perpetrators, depending on who they are or where they live, and it’s important to systemically document these variations,” Dawson said.

Researchers will work with an expert advisory panel with representatives from across the country and drawn from various groups.

Ongoing networks and collaborations will help create a more comprehensive picture of these crimes in Canada, Dawson said.

“I’m thrilled to learn about the momentous achievement of the launch of a Canadian Femicide Observatory,” said Diana Russell, an internationally-known activist and expert on the topic of violence against women.

She first used the term “femicide” at the International Tribunal of Crimes Against Women in Belgium in 1976.

U of G’s new observatory will go live Dec. 6, Canada’s National Day of Remembrance and Action on Violence Against Women. The full news release is available in English and French