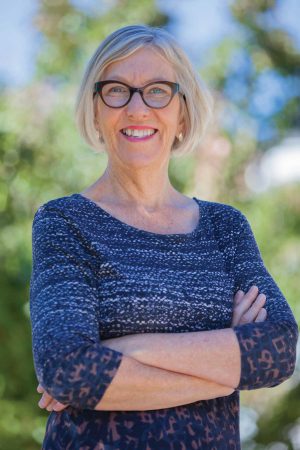 The Ontario Ministry of the Status of Women is recognizing Charlotte Yates, provost and vice-president (academic), for helping make women’s history in the province.

Yates is among 24 women being showcased by the ministry in a display at the Ontario Legislature to mark Women’s History Month in October.

Women were chosen for numerous contributions, including conservation and climate change education, writing and music, and community-building.

Yates was recognized as a strong gender equity advocate during her 30-year academic career. A ministry citation mentioned her “personal mentorship, advocacy for the transformation of post-secondary education, research on women, work and unions, and leadership of social justice and initiatives within her communities.”

At U of G, Yates launched the GenEq project to improve the status of women on campus, particularly in leadership roles. She leads the University’s diversity and inclusion strategy.

She joined U of G in 2015 from McMaster University, where she was dean of the Faculty of Social Sciences and chaired the university’s equity task force. She is the current president of the YWCA Hamilton.

“I am honoured to be among this strong group of Ontario women who are ‘making history’ by working to improve the role of women in Canada and beyond,” Yates said.

“This is an issue of great importance to me, both personally and professionally. We have made great strides as a province and country, but there is much more to do, especially in increasing the number of women in corporate and public leadership, universities and global decision-making bodies.”

Yates, who was raised in rural Canada as one of seven sisters, says her parents championed equal rights for women. She studied at the University of Winnipeg, Queen’s University and Carleton University.