Two University of Guelph PhD candidates — one studying maternal and neonatal care for Inuit, the other studying innovative strategies to fight cancer — have received the most prestigious doctoral awards in Canada.

The scholarships are worth $50,000 per year for up to three years, and recognize leading Canadian and international doctoral students at Canadian universities. 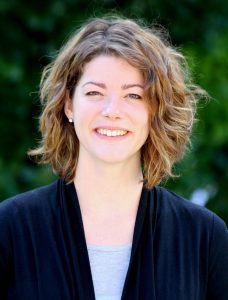 Weber, who graduated from U of G with a bachelor’s degree in biomedical science, is now in the joint epidemiology and international development studies program.

She will work with Northern partners to study the health and well-being of Inuit women during pregnancy and childbirth, as well as the well-being of their families and communities.

Most women living in the Baffin region of Nunavut must fly out of their communities to give birth in Iqaluit or Ottawa, and then board in that distant location, often for weeks or months.

“We want to listen and learn from these women, their families and community members, and hear their recommendations for how the health system can better support and more fully reflect Inuit culture,” said Weber, who is supervised by population medicine professors Cate Dewey and Sherilee Harper.

“The hope for all my research is that it is conducted by, with and for Inuit.”

Weber said her early studies at Guelph allowed her to explore a range of courses, including anthropology, anatomy and international agriculture.

“I’m just insatiably curious; I’ve always loved to learn, since I was young,” she said.

“That has carried into my direct-entry doctoral studies at Guelph. I’m a small-town Mennonite girl who cares deeply for people – especially those at the margins – and loves to listen and learn.”

Weber, who hopes to become a medical doctor, is humbled and grateful to be named a Vanier Scholar.

“Something like the Vanier Scholarship doesn’t transpire without decades of support, encouragement and mentorship. I hope to put it to good use and be involved in research that is meaningful to people.” 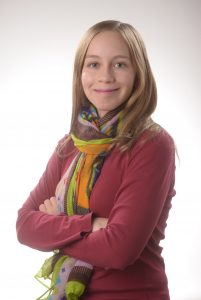 Ross will begin her PhD at U of G this September after completing her master’s degree at the University of Waterloo.

She will study use of oncolytic viruses (OVs) – naturally occurring viruses that do not cause disease — to infect and kill cancer cells along with photodynamic therapy (PDT).

In photodynamic therapy, a light-sensitive drug concentrates inside the tumour. When an external light source is turned on, the drug is activated, killing the cancer cell.

“Traditionally, PDT was limited to treating tumours within millimetres of the surface of the skin,” said Ross.

She will work with U of G pathobiology professors Sarah Wootton and Byram Bridle; Karen Mossman, professor of pathology and molecular medicine at McMaster University; and PDT technology company Illumacell based in Hamilton, Ont.

“We want to use cutting-edge technology to penetrate up to several centimetres depth, allowing cancers such as brain and breast tumours to be treated. We think OVs and PDT will be complementary, resulting in potent immune responses that can kill cancer cells anywhere in the body.”

Ross, who hopes to become a professor and researcher, grew interested in the topic after her father was successfully treated for skin cancer.

“This experience brought to my attention the millions of other patients and families that cancer impacts, so I felt merging my passion for virology with my desire to find a cure would be an ideal research project,” she said.

“I was very humbled and honoured to be selected as a Vanier scholar. I am extremely thankful and motivated to translate this support into improved health outcomes for cancer patients.”