The University of Guelph’s expertise in agri-food and innovation will be featured on the popular CBC Radio political affairs program The House Saturday, Feb. 18. 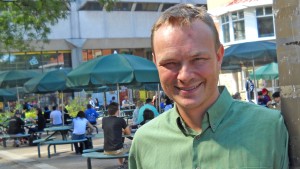 Chris Hall, CBC’s national affairs editor and host of The House, visited U of G this week to discuss the final report of the federal finance minister’s Advisory Council on Economic Growth. Released this month, the report called on Canada to become a global leader in agri-food and innovation, and named U of G as a key contributor in helping the agri-food sector meet its potential for growth.

The show will include interviews with Prof. Evan Fraser, director of U of G’s Food Institute, and Prof. Amar Mohanty, director of the University’s Bioproducts Discovery and Development Centre (BDDC).

Fraser discussed why the timing has never been better to position Canada as a global agri-food leader and what needs to be done to make it happen.

Fraser, holder of the Canada Research Chair in Global Human Security and scientific director of U of G’s Food From Thought initiative, studies global food price volatility and waste reduction. He uses his connections to Canadian businesses and organizations to inform public policy. 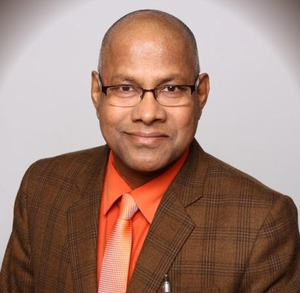 On the CBC program, Mohanty discusses the BDDC as an example of innovation in agri-food, with potential for new applications and jobs.

The BDDC turns plant materials into resins, polymers and tough fibres as alternatives to petroleum-based materials in manufacturing and consumer goods. These materials may be used to make everything from car parts to furniture and storage bins; most recently, the centre helped make the world’s first compostable coffee pod.

The House airs on CBC Radio One and SiriusXM radio Saturdays at 9 a.m. and midnight. It also airs on SiriusXM Sundays at 8 a.m.