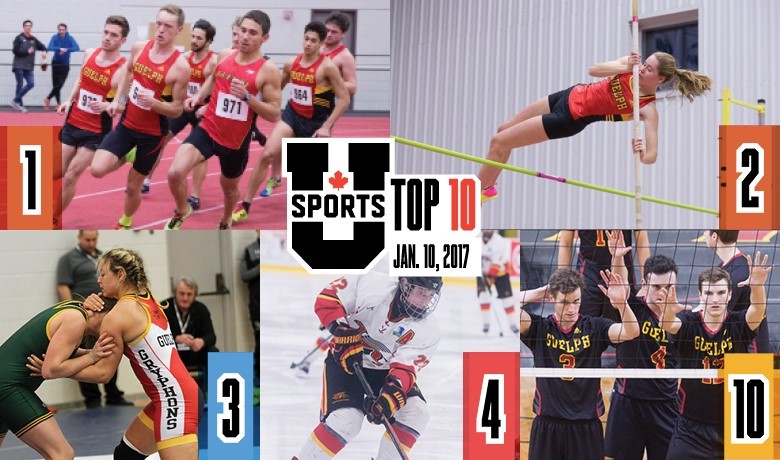 The first track and field U Sports rankings of 2017 were officially released, with the Gryphon men’s team ranked first in the country and the women’s team second.

The Gryphon women’s wrestling team is ranked third in Canada.

The U of G women’s hockey team is in fourth spot nationally, and in top spot in Ontario standings with a 12-2-1 record.

The men’s volleyball team is the ranked tenth in Canada.

All of these teams will compete this weekend.