Marian Kelly, a University of Guelph master’s student in philosophy, has been awarded a 2016 Canada Graduate Scholarship to Honour Nelson Mandela, it was announced today. 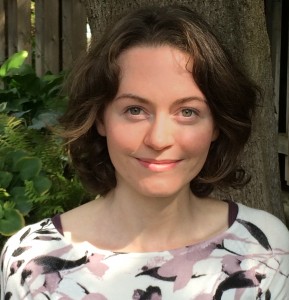 The awards from the Social Sciences and Humanities Research Council honour Mandela, who served as South African president from 1994 to 1999. He died in 2013.

Recipients must study in one of five areas championed by Mandela: national unity; democracy, freedom and human rights; leadership; children’s participation in society; and children’s health.

“I am incredibly humbled to have received this prestigious scholarship,” said Kelly. “I am so inspired by Nelson Mandela’s dedication to the pursuit of equality, justice and true democracy, and by his enormous contributions to public health.”

She said Mandela regarded health as a fundamental human right, and pushed for health equity for disadvantaged and oppressed groups.

Originally from Scarborough, Ont., Kelly studies health disparities caused by poverty, health and socio-economic inequities, and how to make the health-care system more inclusive and participatory.

“It’s a great source of pride for the University of Guelph to have Marian Kelly receive this prestigious award, which pays tribute to such an influential humanitarian as Nelson Mandela,” said Charlotte Yates, provost and vice president (academic). “This is a tremendous honour for a thoughtful graduate student.”

The awards, each worth $17,500, are given to up to 10 master’s students and 10 doctoral students in Canada each year.

Created in 2013, they recognize Mandela’s emphasis on education for promoting peace, democracy, justice and freedom.