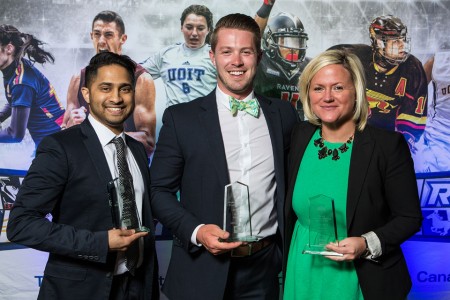 The University of Guelph’s athletics department has won three Ontario University Athletics (OUA) awards for marketing and communications. The awards were presented at the OUA annual general meeting May 11.