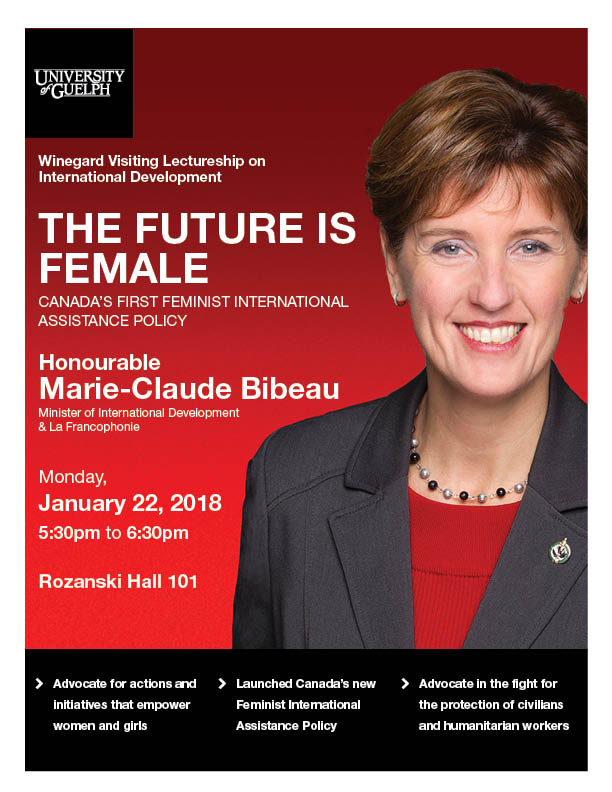 In her capacity as Minister of International Development and La Francophonie, the Honourable Marie-Claude Bibeau has a mandate to refocus Canada’s international assistance on helping the poorest and most vulnerable people and on supporting fragile states. In June 2017, after several months of consultations, Minister Bibeau launched Canada’s new Feminist International Assistance Policy. This innovative new vision will make Canada a leader in the fight against poverty by prioritizing gender equality in the country’s international assistance programming.

Supported by this new policy, Minister Bibeau advocates for actions and initiatives that empower women and girls, and she defends their rights. As well, she is at the heart of Canada’s strategy for implementing the 2030 Agenda for Sustainable Development objectives both at home and around the world.

Helping Canada exercise its leadership on global health issues, she played a key role in ensuring that Canada hosted the Fifth Replenishment Conference of the Global Fund to Fight AIDS, Tuberculosis and Malaria in Montréal in September 2016, and that it will host the Women Deliver conference in Vancouver in 2019, which will bring together 6,000 people.

Finally, faced with the conflicts shaking the planet, Minister Bibeau intends to fight for the protection of civilians and humanitarian workers. In the House of Commons and elsewhere, she ardently defends the importance of respecting humanitarian principles: humanism, neutrality, impartiality and independence.