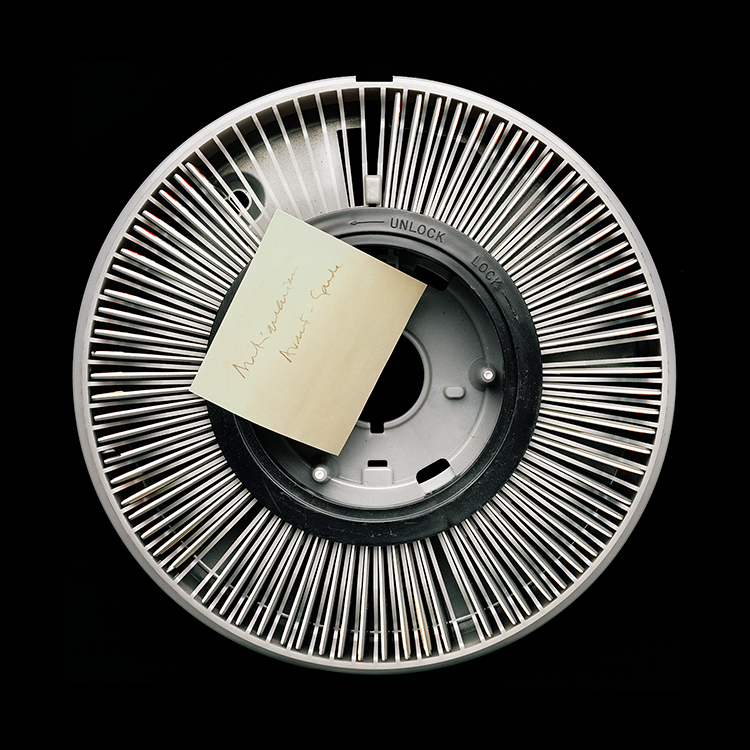 A new exhibit by Dr. Susan Dobson, a studio art professor and head of U of G’s photography department, was featured in The Globe and Mail Arts section.

Dobson has taken large numbers of discarded photographic slides that were once projected in art history lectures at U of G, and turned them into art itself.

She’s also photographed slide carousels and printed them in large scale so they become so abstract, they are rendered almost unrecognizable — an example of how these obsolete objects might be perceived by future generations.

“…In Dobson’s hands, they become a poignant yet pointed statement about how we value art” in a world that has mostly gone digital, notes the article.

The exhibit, called Slide | Lectures, continues at the Ryerson Image Centre until Dec. 4.

Susan Dobson has exhibited her photographs and installations in solo and group exhibitions around the world. She is best known for her work on suburban culture, architecture, and landscape.