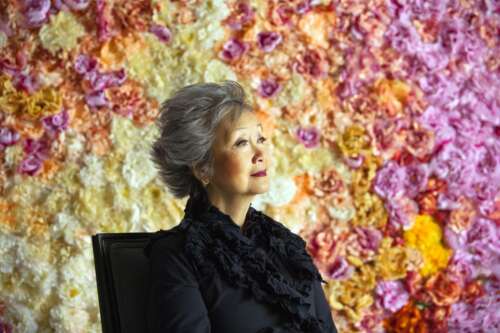 Clarkson will share her varied life experiences, education and career and discuss how resilience helps develop the mental, spiritual and emotional muscles to deal with life’s challenges.

Clarkson arrived in Canada from Hong Kong with her family in 1942 and made the journey from a poor child refugee to accomplished broadcaster, journalist and distinguished public servant. She was Canada’s 26th governor general from 1999 to 2005 and later co-founded the Institute for Canadian Citizenship, which helps involve new citizens in Canadian life.

She is the bestselling author of Heart Matters: A Memoir, a biography of Dr. Norman Bethune for the Extraordinary Canadians series; Room for All of Us; and Belonging: The Paradox of Citizenship.

Initiated by the United Nations, the HeForShe movement is a solidarity campaign for the advancement of gender equality by standing against negative stereotypes and behaviours.

In addition to Clarkson’s talk, the U of G event will celebrate students and businesses championing gender equality.

The following awards will be announced:

To date, U of G has awarded $40,000 to students that champion gender equality.

The HeForShe at U of G event is a collaboration among the Gordon S. Lang School of Business and Economics, Gryphon Football and the College of Engineering and Physical Sciences.

Register for the event via HopIn.