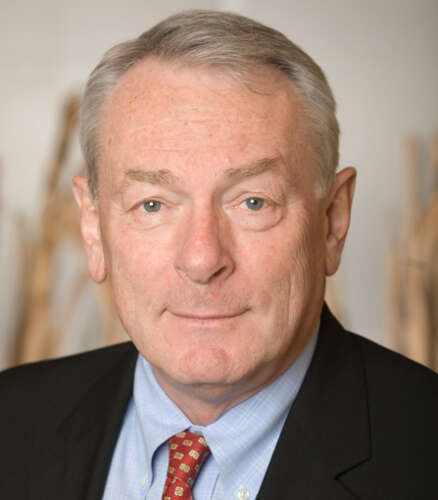 Richard Pound, a global sport luminary and fair play champion, will receive an honorary degree from the University of Guelph presented by president Charlotte Yates during a virtual ceremony on Nov. 24.

The virtual ceremony for Pound will be followed by a webinar featuring the third annual think tank hosted by the University’s International Institute for Sport Business and Leadership (IISBL). Pound chairs the executive advisory board of the institute, launched in 2018 as a global centre for research and teaching in sport business.

“We are delighted that Mr. Pound has been associated with U of G for a number of years,” said Yates. “His career reflects both the University of Guelph mandate to improve life and the goal of our Lang School to develop business leaders with conscience.”

During his nearly 60-year career, Pound has made significant, lasting contributions to the world of sport, said Prof. Norm O’Reilly, director of the institute.

He competed as a swimmer in the Olympic and Commonwealth Games and was inducted into the Canadian Sports Hall of Fame.

In 2010, he received the Lincoln Alexander Outstanding Leader Award from U of G. 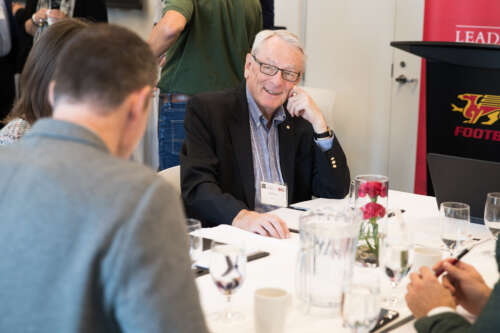 Referring to Pound’s role on the IISBL’s advisory board of international industry leaders, O’Reilly said, “Without his commitment, the institute would never have gotten started. He’s a global legend in the business of sport.”

This week’s webinar is expected to attract up to an estimated 1,000 participants worldwide, including IISBL members and U of G faculty, students, administrators and alumni. Also joining will be leaders from international professional sports and marketing organizations.

O’Reilly said the event will highlight the growing role of the IISBL in sport management research and teaching and will focus attention on both women in sport and sport business during the current pandemic.

Highlights of the think tank will include the following:

“The sports world has been hit really hard,” said O’Reilly, referring to the financial impacts of COVID-19 on events and related business worldwide from major sports organizations to varsity athletics. “Including sports and entertainment, live events have been among the hardest hit in job losses in Canada.”

The IISBL is a partnership between the Lang School and U of G’s Department of Athletics. Other U of G participants at this week’s think tank will include Lysa Porth, dean of the Lang School; Prof. Lianne Foti, assistant director of the institute; and Prof. Ann Pegoraro, Lang Chair in Sport Management.