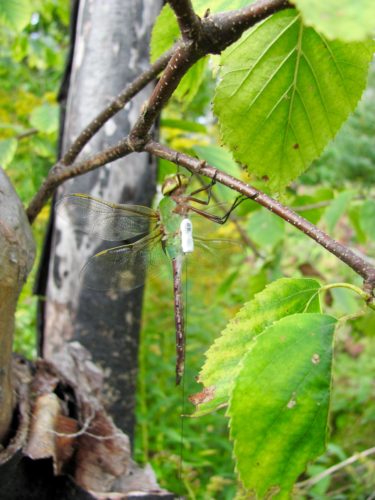 Wind and warmth can improve travel time for the billions of insects worldwide that migrate each year, according to a first-ever radio-tracking study by University of Guelph biologists.

Learning more about what happens to insects during their physically taxing migration period may help in efforts to conserve them, particularly threatened species, said the researchers.

The study, which was recently published in Biology Letters, found wind and temperature are more important influences than precipitation for bugs on autumn migration flights spanning thousands of kilometres between their breeding and wintering grounds.

Canadian Press covered the research, and articles appeared in several publications, including the National Post and the Toronto Sun. CTV News also wrote about the research.

As part of their multigenerational migration, monarchs from Canada overwinter in Mexico and green darners travel to the southern United States. Until recently, their small size has made individual insects hard to track. But it’s increasingly critical to do just that, said lead author Samantha Knight.

Insects on the wing play vital roles in pollinating crops and in maintaining ecosystems as both prey and predators.

Threatened by habitat loss, land use changes and global warming, she said, “some 40 per cent of insect species risk extinction, yet we know little about what happens to organisms when they migrate.”

Study co-author Prof. Ryan Norris, Department of Integrative Biology, added, “Migration is not an easy period for insects. They are likely pushed to their physiological limits. If we have a way to track and understand what habitats they’re using, that goes a long way to understanding what might be causing declines.” 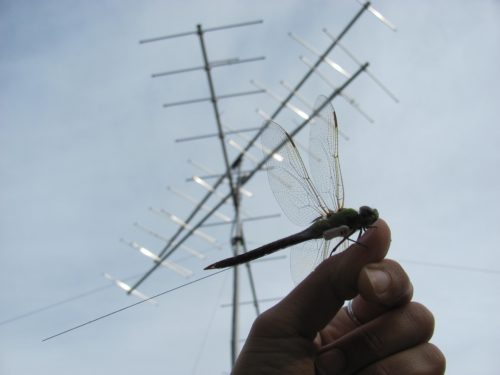 As part of the study, researchers captured insects on Ontario’s Bruce Peninsula in fall 2015 and 2016 and outfitted them with battery-powered radio transmitters weighing about as much as a raindrop. Those devices emitted signals picked up by an array of telemetry towers across the southern part of the province and into the northern United States.

The team downloaded data from the towers to track individuals’ flight distances and speeds.

“A darner would get a speeding ticket in Guelph,” quipped Norris, adding that insects may fly even farther and faster in single spurts.

To attain their fastest airspeeds, the insects are likely flying high in the atmosphere to take advantage of the wind, although the researchers don’t know how high.

“That means insects are migrating over our heads and we don’t know it,” said Norris.

Unlike birds, insects need a minimum air temperature of about 10-15 C for daytime flight. Monarchs and darners fly faster as it warms up. However, flight is impeded when it gets too hot, said Norris. At temperatures above 23 C – higher than in this new study — darners have been seen flying slower. 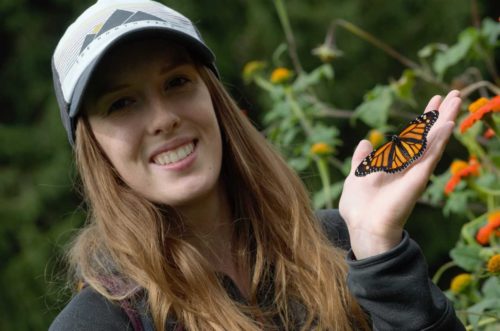 The researchers were surprised that rain had no effect on flight speed. Light rain might not have deterred the insects, or they might have made up for lost time after rainfall.

Knight said tracking technology enables researchers to learn more about insect migration under varying conditions. Many species have been studied while breeding and overwintering, but scientists lack information about migration, including human impacts on habitat and feeding en route.

“For insects, land use changes are a major driver of declines in numbers,” she said. “If we understand where they’re going, we can maybe shed light on land use change impacts during migration.”

This spring, Norris was named as the Weston Family Senior Scientist for the Nature Conservancy of Canada (NCC). He retains his faculty appointment while conducting research intended to help the NCC preserve Canadian habitat and biodiversity.

A 2017 master’s graduate of U of G, Knight is program manager for the Weston Family Science Program at the NCC.