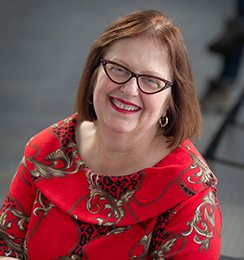 U of G history professor Jacqueline Murray appeared on CBC Radio’s Ideas program on March 21 to discuss gay priests in the Catholic Church.

The episode took a look at the historical and pastoral paradoxes of clerical sexual identity at a pivotal time for the church as it grapples with an ongoing sexual abuse crisis.

Murray spoke of how the Church’s attitude toward clerical and lay sexuality was set in the Middle Ages and continues in large part to the present day.

Murray is a professor of medieval history. She studies masculinity and male sexuality in medieval Europe, as well as theological and cultural ideas about gender and sexuality.

In 2014, Murray won a 3M National Teaching Fellowship, considered Canada’s top teaching honour. She also served as dean of the College of Arts from 2001 to 2006.

Ideas with Paul Kennedy airs at 9 pm on CBC Radio One.