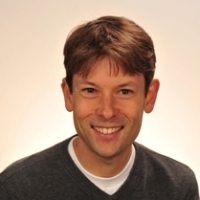 Prof. David Wright’s study looking at how exercise could help people exposed to extreme temperatures protect themselves from the cold is making headlines, appearing in publications such as the Hindustan Times and the Economic Times.

The study, led by researchers at the University of Guelph and the University of Copenhagen, assessed mice that had trained with voluntary wheels and had been exposed to cold temperatures. Mice that did not exercise lost a significant amount of weight when exposed to the cold while exercise-trained mice were better able to maintain their core temperature, the study found.

“In this study we show that exercise training helps build limb muscle and in turn offers better protection against cold conditions,” said Wright, a professor in the Department of Human Health and Nutritional Sciences.

Shivering, the study found, is one of the first defences against cold and boosts the body’s heat production. Shivering can warm you up for only so long; after a few hours, your muscles will run out of fuel and will grow too tired to contract. Exercise helps build up muscle in the limbs. This new research shows that exercise could help the muscle shiver longer and keep people warmer for longer. Wright said this suggests that people preparing to live in extreme cold conditions should exercise in order to protect against muscle fatigue caused by shivering.

The researchers were unable to directly measure limb muscle activity during cold exposure, which will be essential for future exploration.