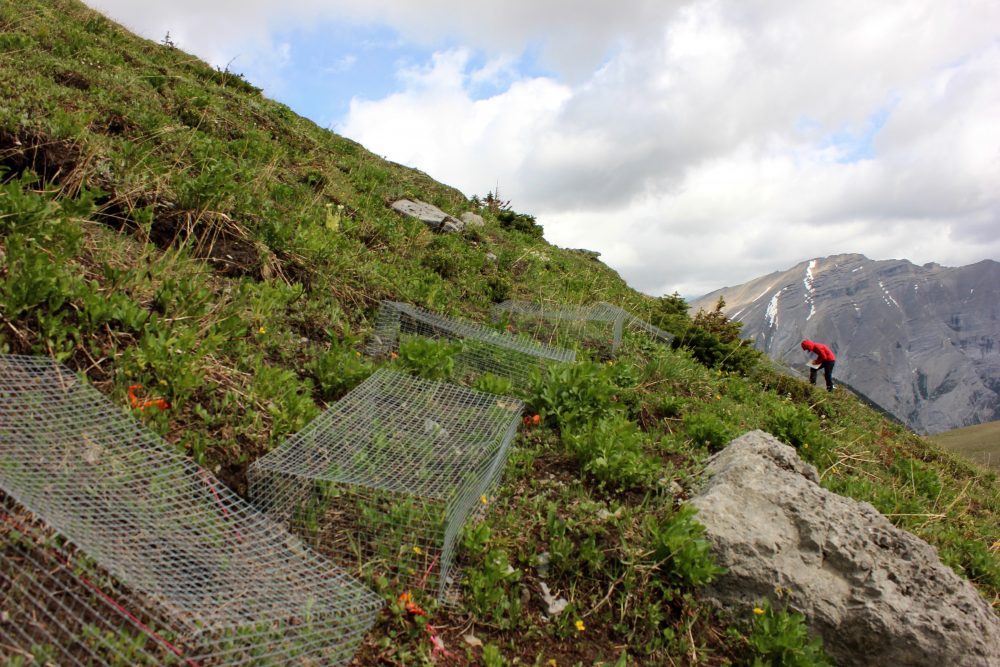 New research from the University of Guelph is dispelling a commonly held assumption about climate change and its impact on forests in Canada and abroad.

It’s long been thought that climate change is enabling treelines to march farther uphill and northward. But it turns out that climate warming-induced advances may be halted by unsuitable soils.

It is an important finding for resource managers looking to preserve individual species or entire ecosystems.

“There’s a common belief about the impacts of climate change,” said U of G researcher Emma Davis. “It’s actually a more complicated story than people believe.”

Her studies are the first in southwestern Canada to test how factors such as soil properties may affect treeline advance.

Along with Prof. Ze’ev Gedalof, Davis, a recent PhD graduate in the Department of Geography, Environment and Geomatics, looked at plant growth at higher altitudes than normal in the Canadian Rockies. Normally, travelling northward means a temperature drop of about 1 C every 130 kilometres, equivalent to climbing 65 to 100 metres up a mountainside. 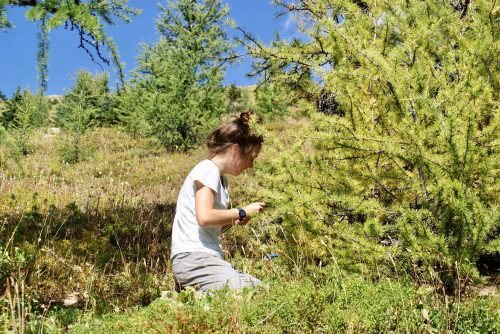 U of G researcher Emma Davis in the field

The U of G researchers grew spruce and fir seedlings at varying elevations beyond their current limits in four locations, including Jasper National Park in Alberta and Kootenay National Park in British Columbia. They also collected soil samples from the same areas in which to grow spruce seeds in growth chambers at the University.

Controlling for conditions such as climate variables, seed quality and predation allowed them to zero in on soil properties. They found that plants thriving below the treeline were hindered by soils beyond the existing range, although the scientists aren’t sure why.

The researchers suspect similar results would occur in other mountainous areas and at higher latitudes worldwide.

Their findings are good news for rare or threatened species that face potential competition from encroaching plants creeping up from below the treeline, said Gedalof, who runs the Climate and Ecosystem Dynamics Research Group on campus. 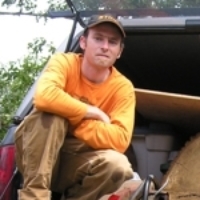 “We’ve bought some time to figure out how to preserve the alpine system.”

At the same time, plants struggling to adapt to warmer conditions in their home range may face hurdles in migrating northward or higher on a mountainside if they encounter unsuitable soils.

That’s important for ecologists looking to take advantage of favourable warming to encourage growth of economically and ecologically important plant species beyond their existing ranges, he said. “Non-climatic factors are clearly limiting changes.”

The research was published recently in the journals Arctic, Antarctic and Alpine Research and Global Change Biology. It was supported by the Natural Sciences and Engineering Research Council, the Canada Foundation for Innovation and U of G’s College of Social and Applied Human Sciences.