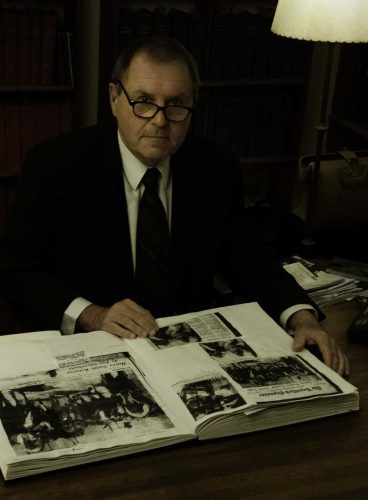 A new gift to the University of Guelph is meant to help the next generation of researchers protect one of the world’s most vital resources: water.

Edward Y. (Ted) Morwick, an honorary U of G graduate and lawyer-turned-businessman, has pledged $1 million for scholarships for graduate students in water resources engineering and aquatic biology.

“This generous gift will help the University do two key things: conserve and protect water and support the talents and potential of our students — the next generation of change makers,” said U of G president Franco Vaccarino.

“By investing in water research and in the careers of young scientists, we lay the groundwork for ideas and discoveries that can revolutionize the way we sustain water and other natural resources, and how we live, work and succeed as a country.”

“As a younger man, my only thought about water was that it went well with whisky,” Morwick said.

“Half a century later, I realize that water — its conservation, protection and rehabilitation — are serious issues. I hope I do not live to see the day that I turn on a tap and nothing comes out. These scholarships are just my small way of helping out.”

A longtime donor, Morwick has pledged and given more than $2.3 million to the University, mostly for student scholarships in the College of Arts.

When fully endowed, this latest donation means he will be supporting 25 U of G students each year. He has no children of his own, and says he thinks of the scholarship recipients as extended family.

Morwick says U of G professors and staff encouraged his talents as a student.

He enrolled at U of G in 1968 intending to become a journalist. He excelled in English literature and writing but changed his career plans when Osgoode Hall Law School offered him early admission.

A lawyer for nearly 43 years, Morwick spent most of his early career practising criminal law in Hamilton, Ont. He later turned to property development and started a mortgage investment and venture capital firm.

A descendant of influential Holstein cattle breeders, he wrote the books The Chosen Breed, The Holstein History and E.Y. Morwick’s Livestock Record.