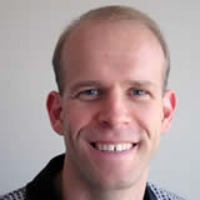 Prof. Scott Weese appeared in a May 21 CBC News story about how Canadian scientists are tracking the threat of Lyme disease.

The article suggested that increased numbers of Lyme disease cases in Canada could be a result of greater awareness and better testing.

A veterinarian and professor in the department of pathobiology at the Ontario Veterinary College, Weese explained how Lyme disease is passed to humans.

The article also mentioned Pet Tick Tracker — a site co-ordinated by Weese — that is used by pet owners and vets to track the spread of ticks in Canada by helping them to identify pests collected from dogs. Weese said that dogs are a good way to track ticks because they’re nearer the ground and tend to wander off main pathways more than humans.

Weese studies bacterial infections in animals and humans and infectious disease and control in animals.