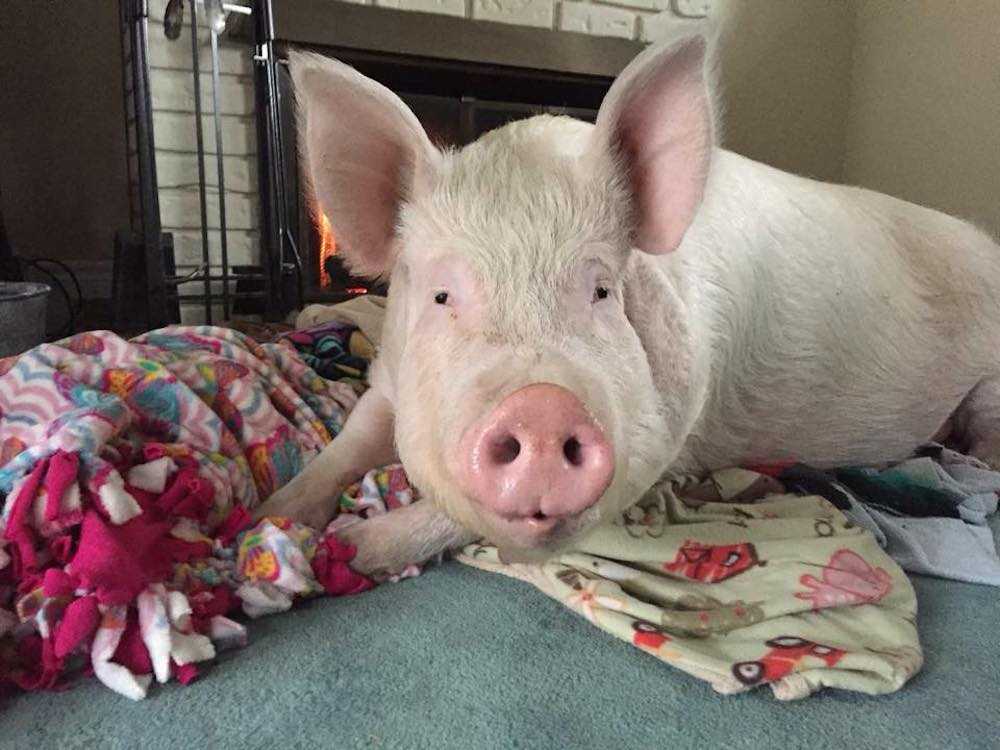 Esther the Wonder Pig, the real-life star of a new hit children’s book and one of the most beloved and famous pigs on Earth, is making a very large contribution to the University of Guelph’s Ontario Veterinary College (OVC).

The porcine celebrity, and the two men who rescued her as a tiny piglet, are the benefactors behind a large, life-saving scanner coming to OVC. The Pegaso CT scanner – the first of its kind in Canada – in some ways mirrors the trail-blazing Esther.

The story made headlines with stories airing on CTV News, CityNews and CBC News.

When she needed just such a scanner a few months ago, there wasn’t one in Canada that could be used on an animal of her size. Once the new machine is in place, diagnostic scanning technology will be accessible to Esther and to other large animals.

Last fall, Esther began experiencing mysterious, potentially life-threatening health complications that resulted in seizures and hyperventilation. A CT scan was recommended to better diagnose the problem, but no such option was available for Esther in Canada.

Transporting the animal to a super-sized scanner in the United States was complicated and would have involved weeks of quarantine upon returning to Canada.

With more than 1.5 million followers on social media, Steve Jenkins and Derek Walter, who run the Happily Ever Esther Farm Sanctuary near Milton, Ont., have now launched a $650,000 campaign to equip OVC with the scanner (https://www.theestherscanner.com/).

“When Steve and Derek learned that there was nowhere in Canada that had such a scanner for large animals, they were surprised,” says Jeffrey Wichtel, OVC dean.

“As a health-care centre whose goal is to help animals of all shapes and sizes, we’re grateful Steve and Derek want to help change that – for Esther and for all large animals.”

With this new flexible CT, OVC will be able to scan not just pigs but also standing horses and other large animals. 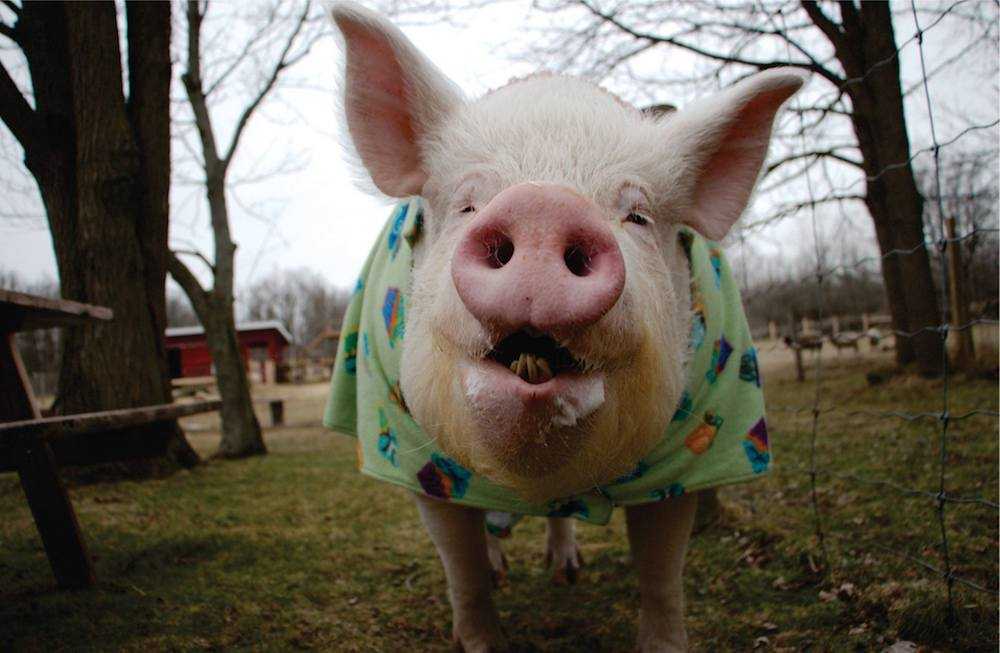 “We wanted to give large animals the same opportunities that we give to our typical companion animals,” said Jenkins. “As soon as we realized there was nothing there for Esther, we started working to get a large-scale scanner in place. It was an incredible opportunity to do something good, to do something much bigger than anything we’ve done so far.”

Esther is now in good health, he said, pointing to her increased energy and activity.

Stephanie Nykamp, OVC’s associate dean, clinical programs, says the new machine will fill a gap in large-animal health care not only at OVC but also across Canada.

“This scanner will enable us to scan a horse in a standing position. That means we can avoid the risks and recovery associated with anesthesia and placement on a table,” says Nykamp.

Jenkins and Walter adopted Esther as a piglet just over five years ago, expecting she would grow modestly and remain relatively small.

Instead, Esther grew and grew, and kept on growing – and so did her reputation. Stories about her size appeared in National Geographic and in newspapers around the world.

And as she grew, so did the love that Jenkins and Walter had for her. Both men became vegans and animal advocates, purchasing the Happily Ever Esther Farm Sanctuary in the Milton area, where Esther is the superstar.

She will be the first patient scanned by the Pegaso once it is installed. 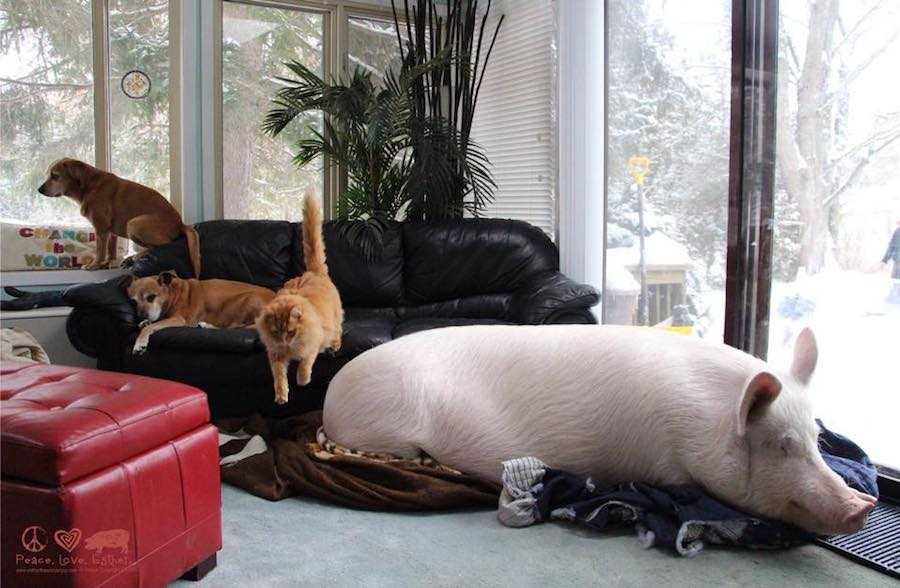