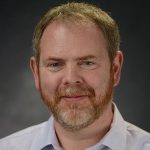 Prof. Nigel Raine appeared in The Guardian on April 27 discussing the European Union’s move to ban the world’s most widely used insecticides within six months to protect wild bees and honeybees that are key to crop pollination.

A professor in U of G’s School of Environmental Sciences, Raine told the Guardian that the EU decision could have global impact with policy-makers in other jurisdictions paying close attention.

Since we rely on farmers and pollinators for many of the foods we eat, pesticide regulation balances unintended consequences of their use for non-target organisms, including pollinators, with giving farmers the tools they need to control crop pests, he says.

“Reducing pesticide exposure by removing the use of these three most widely used neonicotinoids – clothianidin, imidacloprid and thiamethoxam – from outdoor use is a major step towards improving pollinator health in the EU,” says Raine, who holds the Rebanks Family Chair in Pollinator Conservation at the University of Guelph. “It represents part of the story to support pollinators – we also need to ensure there are sufficient flowers and nesting sites for these animals that support production of one in three mouthfuls of food we eat.”

Raine says the science supporting the EU’s decision has been unfolding for several years, particularly the effects on behaviour and reproduction of low-level chronic exposure to neonicotinoids. “It has also become increasing clear that different types of bees respond in different ways to similar exposure, and wild or unmanaged populations of pollinators may be more sensitive,” he says.

The ban on neonicotinoids is expected to come into effect by the end of 2018 and will mean that neonicotinoids can be used only in closed greenhouses.

Raine has been a leader in pollination conservation and ecology in Britain, and joined U of G in 2014. An adviser and expert witness for various groups, he is a Fellow of the Royal Entomological Society and the Linnean Society of London.