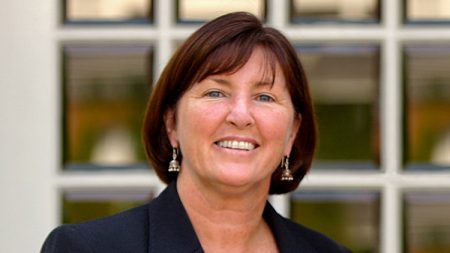 A University of Guelph graduate is one of two women appointed to the Canadian Senate Monday by Prime Minister Justin Trudeau.

Mary Coyle will sit as an independent senator for Nova Scotia. She completed a BA in languages and literature and a master’s degree in rural planning and development at U of G.

Coyle is a long-time champion of women’s leadership, gender equality and the rights of Indigenous peoples, and has had a distinguished career in post-secondary education.

She is executive director of St. Francis Xavier University’s Frank McKenna Centre for Leadership. Earlier, she was vice-president and director of the school’s Coady International Institute.

Coyle has worked in international development in Indonesia, pioneered the development of a micro-finance bank in Bolivia, and helped establish the First Peoples Fund to provide micro loans to First Nations and Métis communities in Canada.

She helped establish the Stephen Lewis Foundation, the Romeo Dallaire Child Soldiers Initiative and the Indian School of Microfinance for Women. She is an adviser and facilitator of several organizations, including the Haitian Centre for Leadership and Excellence and the Friends United Indigenous Arts and Culture Initiative.

“Ms. Coyle and Dr. McCallum have already built legacies in their respective fields, and I trust that they will represent their regions well while bringing the depth of experience and knowledge needed to serve in the best interest of all Canadians,” Trudeau said in a statement.