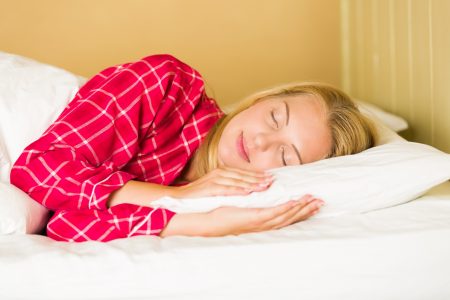 It’s long been known that heart disease develops later in women than men. But the biological reasons that females have a heart health advantage were unknown. New research from the University of Guelph may have solved the mystery.

The interplay between female ovarian hormones and a circadian “clock” molecule protects the heart health of women as they age, according to a new study by U of G researchers.

The findings, published in Cardiovascular Research, could help prevent heart disease as we grow older.

“This is the first study to demonstrate a link among female ovarian hormones, the circadian system which regulates the body’s day-night cycle, and the observation that women enjoy significant protection against heart disease when compared to men,” said study author Tami Martino, a biomedical sciences professor and director of the University’s Centre for Cardiovascular Investigations.

In earlier studies, Martino’s team found that heart attacks were worse for males than for females of similar age. The research also uncovered a time-of-day effect: heart attacks in males were more severe during sleep.

This led to the idea that the circadian mechanism – tiny clocks  in all of our body’s cells which regulate our 24-hour day and night processes – might work differently in male and female hearts.

To test that possibility, the researchers studied old mice with a genetic “clock” mutation that desynchronizes the circadian mechanism.

“We think of these CLOCK mice as a genetic model of shift work,” said Martino, who conducted the study with U of G professors Marica Bakovic and Elena Choleris, and PhD student Faisal Alibhai.

The team discovered that female heart cells differ from those of males.

However, the advantage for CLOCK females was lost when the ovaries were removed, a clear sign that hormones such as estrogen protect the heart even when the circadian mechanism is disturbed, Martino said.

The findings may lead to clinical benefits for women and men, she added.