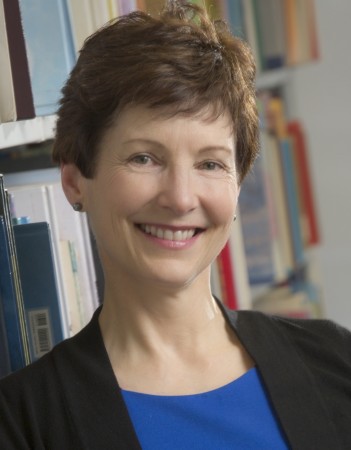 Earlier in her career, when Peggy Pritchard was teaching and advising at the post-secondary level, female science students would often come to her with questions about their futures: Was there really a place for women in scientific careers? How do they get a foot in the door? Pritchard suggested they ask professionals working in the field to become informal mentors.

“They’d say ‘I can’t approach those people — why would they talk to me?’” says Pritchard, a learning and curriculum support librarian at U of G’s McLaughlin Library for the past eight years. “So, I decided that if my students didn’t feel they could reach out to the experts, I could bring the experts to them. I’d write a book, a kind of portable mentor.”

She wrote three chapters and persuaded others to contribute as well. The book, Success Strategies for Women in Science, was published in 2006 and included material from some 350 women. Ten years later, Pritchard completely revised the book, including the title, now Success Strategies from Women in STEM, to better reflect the book’s content.

Part of Pritchard’s role at U of G is to work collaboratively with faculty colleagues, educational developers, and writing and learning specialists to support undergraduate students in science, technology, engineering and mathematics (STEM). She has presented seminars and facilitated workshops for women in STEM at all academic levels at institutions around the world.

Much has changed in the past decade, she says. “Government agencies are very interested in supporting women in STEM. They recognize that if you have qualified women who leave STEM work, you have lost capacity, so they’ve developed strategies to recruit and retain women.” Today, many organizations have flexible work programs for women with children and formal mentorship programs to develop female scientists in an intentional way.

In the book Pritchard covers topics related to careers in STEM fields, including leadership, time management, networking and negotiation. She also identifies strategies to help improve career success, along with inspiring stories from female scientists in STEM fields. 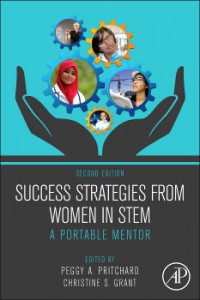 Despite the improvements for women in STEM, Pritchard says there are still many challenges, particularly in developing countries where women must often move abroad to work in STEM careers. She saw that first-hand when she was recently invited to present a workshop in Egypt at the world-famous Library of Alexandria, where she met women from 15 countries who were passionate about STEM careers.

In some countries, women are simply not permitted to work in particular fields. Others are not allowed to drive, and for some it’s difficult for a married woman or mother to have a career. Access to research can also be a challenge: about 70 per cent of the universities in developing countries can afford one or two journal subscriptions, according to Pritchard. On the other hand, U of G subscribes to 63,000.

Pritchard says it is very satisfying to know her book has inspired women across the globe. One Brazilian student told Pritchard Success Strategies from Women in STEM is always on her desk.