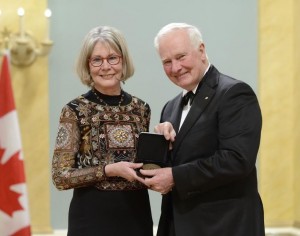 Established in 1999 by the Canada Council and former governor general Adrienne Clarkson, the awards recognize excellence in the arts.

Lake uses performance, video and photography to explore the politics of gender, the body and identity. Her influence on the art world has been called immense and subversive.

“I make work because I can’t not make work. All of a sudden, the ultimate award is being presented for something I can’t not do.”

Each recipient receives $25,000 and a medallion. Their work will appear in an exhibition at the National Gallery of Canada.