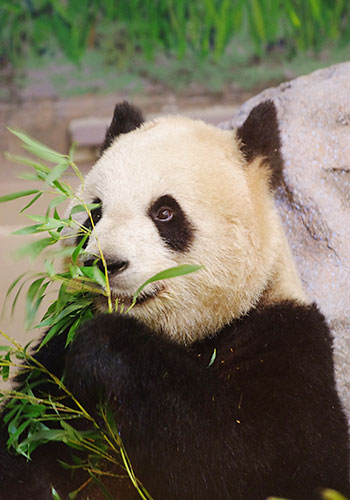 They are small, pink and don’t have the black and white markings of their mother yet, but twin giant panda cubs born mid-October at the Toronto Zoo have garnered lots of attention.

Ultrasound in veterinary medicine was in its infancy when Gartley first started working with Dall’s sheep at the Toronto Zoo in the mid-1980s. At that time, it was primarily used on horses for reproduction, she explains. Since that time, she has provided expertise in ultrasound and pregnancy checks on a host of species, including Bactrian camels, cheetahs, red pandas, Indian rhinoceros and wood bison, but the recent birth of rare giant panda twins is uppermost in her mind these days.

Similar to many of the species Gartley works with at the Toronto Zoo, the giant panda is an endangered species. They have a low birth rate with only one short window each year of between 24 to 72 hours when they are receptive to breeding — typically between March and May. Also similar to many endangered species, giant pandas have difficulty with natural mating and, as was the case with Er Shun, artificial insemination is often used.

Their physiology makes confirming the pregnancy a challenge, says Gartley. She visited the zoo weekly from late June to the mid-October birth to ultrasound Er Shun and watch for signs of a successful pregnancy. Er Shun is “a sweetheart” and very easy to work with, she adds.

Giant pandas have a short pregnancy, with a gestation period anywhere from 87 to 186 days from the date of insemination. They also have a delayed implantation. The fertilized egg (embryo) sits in the oviduct for a couple of months and then implants in the uterus closer to birth, says Gartley. Once the embryo implants in the uterus, it can be found on an ultrasound, and then only with a trained eye like Gartley’s.

By mid-September Gartley could see that Er Shun’s uterus was thickening and this, accompanied by a spike in her urinary progestins level, suggested something was changing and the embryo had implanted. On Sept. 17, Gartley could see one black dot on Er Shun’s right side and on Sept. 25 she found a heartbeat. On Sept. 29 a second heartbeat on the left side was visible on the ultrasound, suggesting two babies. A further ultrasound one week later confirmed the good news — twin cubs. 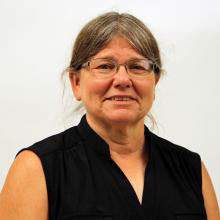 Gartley says giant panda babies are very immature when born, weighing between 100 to 150 grams. Species such as bears with dens and kangaroos with pouches have a means of protecting those babies, she adds. Giant panda mothers will instinctively only care for one baby at a time, so the keepers at the Toronto Zoo are swapping the babies every two hours to ensure both receive milk and care directly from their mother, adds Gartley.

It will be a long, arduous journey to ensure that both twins thrive, but Er Shun is producing lots of milk and is nursing the babies, which is vital.

Giant pandas are fascinating animals, she adds, subsisting almost solely on bamboo, which they eat throughout the day. Er Shun normally eats about 14 to 20 kg of bamboo every day.

Her continuing work with the Toronto Zoo allows Gartley to use her skills as a reproductive veterinarian with a variety of species. It has also opened doors to new opportunities, such as a speaking engagement about reproductive work with endangered species in Oman a few years ago.

Gartley first started to work with these species in an effort to save them and enjoys her work immensely. “It’s fun,” she adds, “Every species is amazing.”