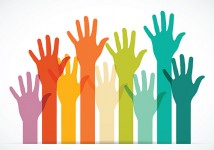 When Omar Ahmed first arrived in Canada from Iraq in January 2008, he was greeted by 50 centimetres of snow. “My clothing was not suitable for the snow. My shoes were not suitable for the snow,” he says. Ironically, he chose Guelph because it was farther south — and presumably warmer — than the other schools that had accepted him, such as the University of Alberta and Carleton University.

The snow wasn’t enough to deter him from completing a PhD in engineering at U of G, but first he needed to improve his English skills.

International applicants to U of G are required to provide proof of English language proficiency if English isn’t their first language. One way to do that is to complete the advanced level of the English Language Certificate Program (ELCP) offered through Open Learning and Educational Support. Students enter the program to strengthen their English skills prior to beginning a degree program at U of G; others come here to learn English and then return to their home countries.

After two semesters in the ELCP, says Ahmed, “I actually learned a lot from it, not only the language. I was coming from a different country, a different culture and a different background.” The program introduced him to Canadian culture and helped ease the transition to living in a new country. Applying his language skills to everyday situations outside the classroom was also beneficial. During a trip to Niagara Falls, his instructor encouraged him to strike up conversations with strangers. “People here are so friendly and so nice,” he says.

Ahmed now teaches five courses in the School of Engineering and uses that same approach to learning with his own students, connecting what he teaches in the classroom to the real world. He plans to stay in Canada and expand his teaching role to include research. And those Canadian winters? “I got used to the snow. I got used to the winter. It’s wonderful.”

Also from Iraq is Sundes Sultan, a PhD student in environmental sciences studying the effects of probiotics on C. difficile, a bacterium that causes gastrointestinal infections. After being admitted to schools in Malaysia, the United Kingdom and the United States, she decided on U of G in 2008 because many of her professors in Iraq had studied here and her three brothers also live in Canada. “The name is famous because many of my professors finished from here. I told myself I should come here.”

She also works as a teaching assistant and helps other international students apply to U of G by introducing them to potential supervisors for their research. “It makes me so happy when they get admission,” she says. “It’s nice to help.”

Joselyn Enriquez, originally from Mexico, attended one semester of the ELCP in 2007 before completing her bachelor of commerce in 2010. After graduating, she worked in the program’s office before returning to Mexico. She then came back to U of G, where she currently works in Open Learning and Educational Support.

She says she enjoyed the in-class activities and group work combined with field trips to local attractions. “They give you the chance to have more interaction with the culture,” she says. “You will be learning more vocabulary on those trips.”

As a former student in the program, Enriquez can relate to current international students. “I know what it’s like to come from a different country and have no idea what’s going on,” she says. “I know what it’s like to be in their shoes.” Or winter boots. She advises students coming from warm countries to buy appropriate winter clothing. “I learned that the hard way,” she says.