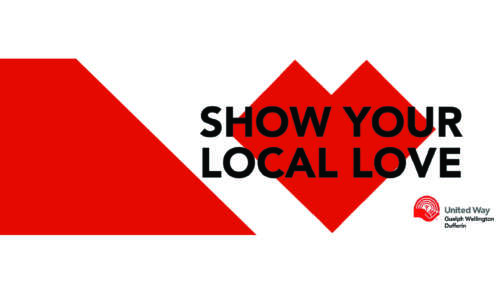 Despite the pandemic, the University of Guelph community raised nearly $540,000 for the annual United Way Guelph Wellington Dufferin campaign.

The money will help fund more than 72 programs at 50 local organizations supported by the United Way. The 2020 U of G campaign began Sept. 22.

“The amount of support these dollars will offer to those in our community who are suffering the most from the COVID-19 pandemic is tremendous,” said faculty co-chair Dr. Dan Gillis. “I’m so proud of the team and the U of G community for once again stepping up.”

Gillis and staff co-chair Jill Ferguson call the result an amazing accomplishment driven by the dedication, hard work and persistence of campaign coordinators and canvassers.

They expected a tougher year than normal for raising money, said Gillis.

“Honestly, given the situation, I’m incredibly happy with the results. The U of G community has come together at a time when we needed their support the most.”

Gillis said the challenges of running an online campaign were huge. Coordinators worried about adopting an e-pledge system and whether donors would embrace an online campaign, given fatigue from so many Zoom/Teams/WebEx meetings.

“Fortunately, none of those worries were realized,” he said. “For me, the biggest effort and success was the transition to e-pledges. The work that went into this was so critical to the success of the campaign, and the folks involved did a tremendous job making it as seamless and easy to do as possible.”

“It was a campaign like no other that I can remember,” said Ferguson. “Obviously, the kick-off event, chili cook-offs, bake sales, barbecues and the College Idol event that happened in previous years went a long way to building spirit and spreading the word across campus.”

This year, none of those in-person events were possible, with the campus essentially closed and most working from home, she added.

Many departments ran virtual events and raffles to keep people engaged in the campaign.

“I am so proud of how the U of G community came together and showed their support,” said Ferguson. “On behalf of the canvassers, area coordinators and the steering committee, I would like to personally thank each and every member of the U of G community that continued to support the United Way this year.”

Glenna Banda, executive director of United Way Guelph Wellington Dufferin said the University overcame the significant challenge of having few staff and students on campus to run the campaign.

She said the local community continues to struggle because of the pandemic.

“From soaring rates of mental health challenges to a continued need for emergency food support and an increased number of overdoses, many organizations have been challenged to keep up with the demand. Thankfully, campaigns like the University of Guelph’s have allowed the critical supports that our community needs to get to the other side of this pandemic.”

University community members took part in a regional online celebration on Thursday, Feb. 11, where it was announced that U of G received a Cornerstone Campaign Award as a major contributor to the campaign.