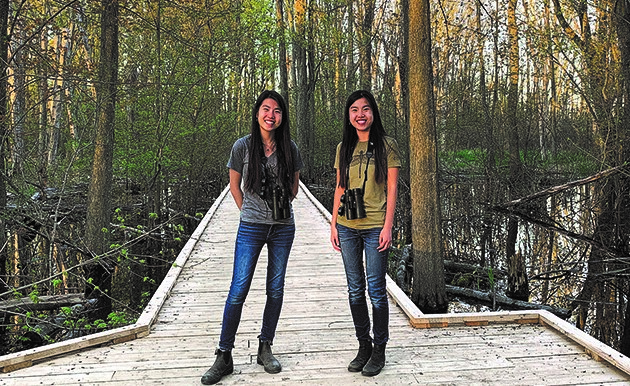 Kitty and Jenny Lin at the U of G Arboretum

Two naturalist interns with the University of Guelph’s Arboretum, Kitty and Jenny Lin, spoke to CBC Radio’s Fresh Air about how to spot snowy owls migrating to Ontario and respectfully enjoy their presence.

The Lins explained that snowy owls often migrate south from the Arctic tundra to southern Ontario to search for food, and can sometimes be spotted in open, snow-covered fields.

They reported that working at the Arboretum under the supervision of interpretive biologist Chris Earley has been an “amazing” and “fulfilling” experience that has allowed them to see diverse nature.

They’ve also enjoyed leading some of the Arboretum’s many online workshops, including those on bird watching, which they noted was the prefect pandemic past time.