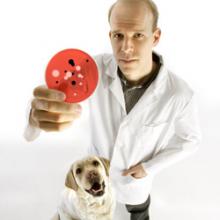 Prof. Scott Weese, Department of Pathobiology at the Ontario Veterinary College, has spoken to several news outlet about the case of a dog that tested positive for the new coronavirus and what pet owners can do to protect their pets from this new virus.

Weese told The Canadian Press it wasn’t surprising the dog tested weakly positive for the virus but he said it’s still not clear how often such infections are occurring.While that would be good to understand, there is still a larger question at hand.

“The big question from the public health standpoint is yes, the dog was infected, but does that mean it is infectious?” he asked.

Speaking to NPR’s WBUR, Weese said what he is most concerned with understanding is whether dogs are “dead-end hosts” and can’t transmit the virus further if they are infected.

“So we can infect animals periodically but they don’t infect someone else, or can they be infectious and pass it on like some of the things that we move back and forth and we keep moving it back and forth?” he wondered.

Weese also spoke to the New York Post and Parents.com about the Hong Kong case. He said while the dog did have a true infection with the new virus, it was likely a low-grade infection “because dogs are not thought to be very good hosts for this virus.”

The director of U of G’s Centre for Public Health and Zoonoses, Weese is the chief of infection control at OVC where he researches animal infections, including rabies, tick-borne disease and antimicrobial resistance.