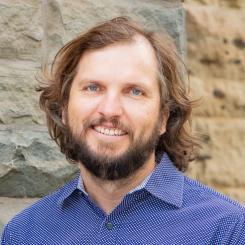 COVID-19 has sent a jolt through Canadian society, said U of G professor Mervyn Horgan, Department of Sociology and Anthropology, in a March 29 Toronto Star article. It may be enough of a jolt to change our habits and behaviours and make us better neighbours.

The pandemic initially brought out negative reactions, according to the article. But as social distancing took effect, Canadians began making social connections. “Caremongering” groups and pen-pal campaigns were among many responses.

Horgan said Canadians came to recognize their dependence on each other and showed it through “millions of tiny acts of solidarity.”

“We’re recognizing all we have is each other,” he said, adding that it has “been quite beautiful to watch it happen and to be a part of it amidst the crisis.”

Horgan is a social theorist, urbanist and cultural sociologist. Among his research interests is the study of solidarity in social sites and scenes where strangers mingle.