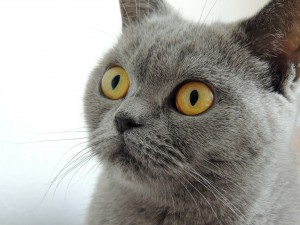 Think you can read your cat’s feelings? You likely can’t, according to a new U of G study led by Prof. Georgia Mason, Department of Animal Biosciences, and Prof. Lee Niel, Department of Population Medicine. The results of the study were featured in a Washington Post article on Nov. 30.

The study reveals that only a small group of people can read cats’ facial expressions and could be called “cat whisperers.”

Mason told the newspaper that cats tell us things with their facial expressions, but only skilled people can read them.

The study involved more than 6,000 participants in 85 countries, with cat owners watching short cat videos and analyzing cat moods. Only 13 per cent of participants were good enough at interpreting moods to be deemed whisperers.

The fact that some people can detect cats’ expressions could mean that others could be taught the skill.