The final report of the inquiry into missing and murdered Indigenous women and girls has determined that the deaths and disappearances of thousands over decades constitute a Canadian genocide. After nearly three years of gathering information, the commission released 231 recommendations in a 1,200-page report – titled Reclaiming Power and Place – at a ceremony in Gatineau, Que.

University of Guelph Prof. Myrna Dawson, director of U of G’s Centre for the Study of Social and Legal Responses to Violence and the Canadian Femicide Observatory for Justice and Accountability, is available to speak on the report.

As the Canada Research Chair in Public Policy in Criminal Justice, she studies trends in and social and legal responses to violence, particularly violence against women and femicide. 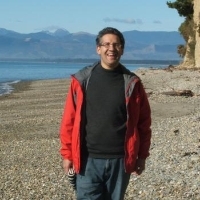 U of G political science professor David MacDonald is also available to speak on the new report. He was involved in Canada’s Truth and Reconciliation Commission (TRC). He also has expertise on residential schools and Indigenous politics in Canada.