How big does a natural habitat need to be in order to be worthy of conservation? That’s a question a weekend article in The Globe and Mail investigated, citing the expertise of two U of G researchers.

The article examined the debate about whether conservation efforts should be concentrated in large tracts of land such as provincial and national parks, or whether they should include many smalls parcels of land, such as commercial properties.

Prof. Faisal Moola from U of G’s Department of Geography, Environment and Geomatics said he supported creating networks of green space that involved individual lots that connect to larger natural spaces and corridors.

Moola is an ecologist who studies conservation leadership and policy. Before joining U of G, he worked for the David Suzuki Foundation, where he was the director general for Ontario and Northern Canada. 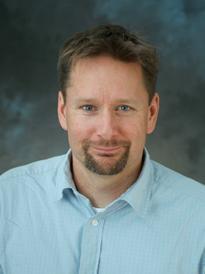 Prof. Andrew MacDougall of the Department of Integrative Biology commented on the concept of paying farmers to repurpose parts of their land into meadows to  put it to work for the ecosystem. MacDougall has measured the impact of the program on the landscape and said that the practice can have a huge effect by restoring habitat for a relatively low cost.

MacDougall studies how humans affect plant, animal and fish diversity, as well as how they affect the functioning of environmental systems around the planet.