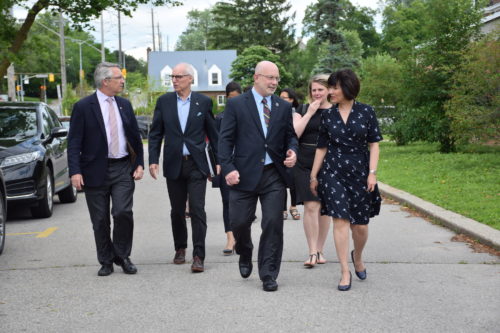 Federal Minister of Health Ginette Petitpas Taylor visited the University of Guelph today with Guelph MP Lloyd Longfield to learn about research and teaching on campus.

Meeting with president Franco Vaccarino and Daniel Atlin, vice-president (external), they discussed U of G strengths in One Health, an interdisciplinary approach for solving public health issues by focusing on connections among humans, animals and the environment. In early June, the University announced the launch of its new One Health Institute.

During a tour of the Mona Campbell Centre for Animal Cancer at the Ontario Veterinary College, OVC staff discussed cancer treatment in animals and implications for human health. The tour showcased a linear accelerator for treating animals with radiation therapy. 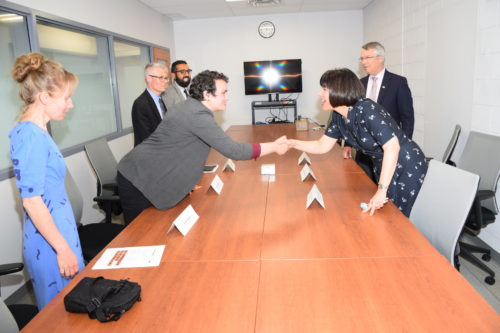