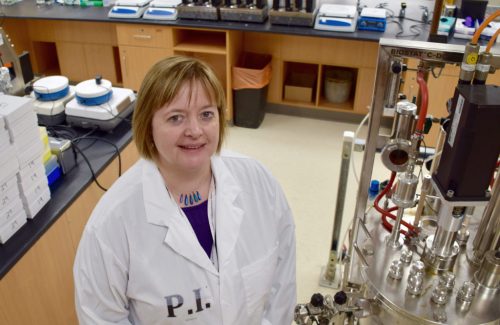 How much personal information can be learned by studying someone’s poop?

That’s what the team at CBC Radio’s Quirks & Quarks asked of University of Guelph microbiologist Emma Allen-Vercoe, after hearing reports that North Korean leader Kim Jong Un allegedly travels with a portable toilet so his excrement can’t be stolen.

Allen-Vercoe told the radio show that one can learn “an awful lot about a person from their poop,” including the kinds of foods they eat, what kinds of medication they’re taking, and maybe even some hints of chronic diseases they might be living with.

Allen-Vercoe studies the microbiome of feces in her lab with the Department of Molecular and Cellular Biology, developing potential therapies to treat C. difficile infections, inflammatory bowel disease, depression and anxiety.

She and her team have developed a “robo-gut,” a laboratory bioreactor that uses liquid stool-filled flasks that hold micro-organisms in an airless environment to mimic the environment in the lower intestines. 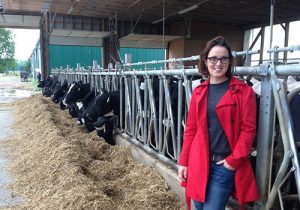 Also on the same episode of Quirks & Quarks, U of G’s Christine Baes, a professor in animal biosciences, helped to answer a listener question about how the methane that a cow produces eating grass compares with the methane produced by allowing that grass to simply decompose on its own.

Baes has been studying the methane levels in cattle belches as part of an international research project that aims to breed cows to eat more efficiently and produce less methane.