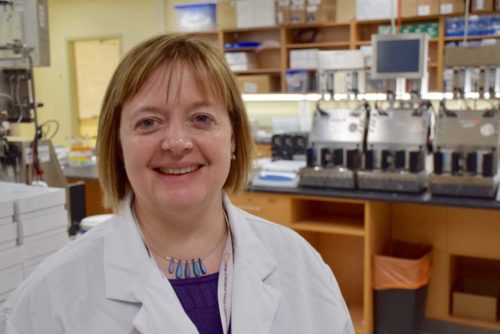 Prof. Emma Allen-Vercoe, Molecular and Cellular Biology, is featured in a Smithsonian Magazine article about the possible link between the human microbiome and clinical depression.

While Allen-Vercoe said more studies are required before scientists can perform a treatment trial, she believes  certain gut microbes may be candidates as psychobiotics or probiotics that target mental health.

A new study published this week in Nature Microbiology, led by Jeroen Raes of the Catholic University in Leuven in Belgium, found that most gut bacteria can produce neurotransmitters, or chemicals that can influence mood and behaviour. The researchers identified two strains of bacteria lacking in the guts of people who have been diagnosed with depression.

In the Smithsonian Magazine article, Allen-Vercoe said using gut microbes to treat disease is a new frontier in medicine.

In her U of G lab, Allen-Vercoe is developing potential microbial therapeutics to treat C. difficile infections, inflammatory bowel disease, and depression and anxiety.