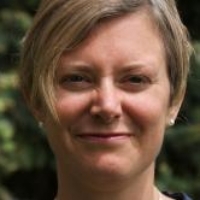 U of G professor Catherine Carstairs appeared on the CBC Radio podcast On Drugs on Oct. 15 talking about the history of cannabis in Canada.

A professor in the Department of History, Carstairs spoke about the theory that the original cannabis ban resulted from famous Canadian suffragist Emily Murphy and her book The Black Candle, published in 1922, that included a chapter about the dangers of marijuana.

Carstairs studies Canadian and American history and has written extensively about the history of illegal drug use in Canada.