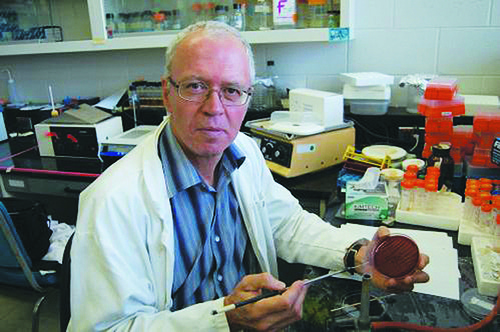 Prof. John Prescott was interviewed for a June 27 article in the National Post about how farmers fear losses if antibiotic access is cut off as drug resistance becomes more of a concern.

The article is the third story in a six-part series investigating the growing global epidemic of drug resistance.

University professor emeritus in the Ontario Veterinary College’s Department of Pathobiology, Prescott said that Canada has been slower to curb antibiotic use in agriculture than most other members of the G7, aside from the U.S. whose changes it followed.

Prescott was part of the Canadian committee on antibiotic resistance that helped produce a national action plan in 2004. The story reports that the plan was never implemented, while the European Union banned adding antibiotics to animal feed to promote growth in 2006.

He studies antibiotic resistance in farm animals, antimicrobial drug use and bacterial infections in animals.