Two University of Guelph researchers are among Canada’s most influential “food thinkers,” according to the Globe and Mail.

Geography professor Evan Fraser and adjunct history professor Ian Mosby are among “The Food 53,” a list of the most influential people in Canadian food, including chefs, CEOs, farmers, restaurateurs, consumers and academics.

The national newspaper compiled the list and is highlighting all 53 people in a five-part series. Fraser and Mosby appear in the fourth installment this week among “food thinkers.”

Fraser is director of the U of G Food Institute. He joined U of G in 2010 as a geography professor and holder of the Canada Research Chair in Global Human Security.

His feedingninebillion.com website and the Food Institute are intended to spark discussion on ways to ensure the world’s growing population has enough food.

In the Globe and Mail story, Fraser discussed the importance of managing the world’s food supply and reducing food waste.

He said less food waste, more consumption of fruits and vegetables, and better food distribution could allow us to feed more than 10 billion people without increasing production.

Fraser studies the social and environmental consequences of food price volatility and ways to reduce waste in global food systems. He uses his connections to Canadian businesses and organizations to inform public policy. 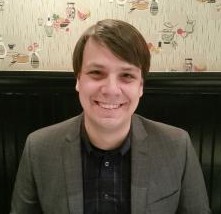 Mosby, a food historian who was a post-doctoral researcher at U of G from 2011 to 2013, uses history to help understand the politics of food.

While researching the development of health policy, Mosby uncovered evidence that showed aboriginal children and adults were used in nutritional experiments by Canadian government bureaucrats between 1942 and 1952. His research garnered national headlines in 2013 and prompted calls for action.

Mosby has studied the history of Canada’s Food Guide and aboriginal food culture, and is now researching long-term effects of hunger and malnutrition on aboriginal communities.